Senator Brian Dahle (R-Bieber) announced that his measure to increase the pace and scale of forest and watershed restoration was signed by Gov. Gavin Newsom last week. SB 208 will expand the boundaries of the Sierra Nevada Conservancy (SNC), ensuring the resilience of our natural resources and the communities that depend on them.

The Sierra Nevada Conservancy was created through bi-partisan legislation and signed into California law in 2004. At that time the definition of the region was established to include areas lying within 22 counties of California, including the counties of Alpine, Amador, Butte, Calaveras, El Dorado, Fresno, Inyo, Kern, Lassen, Madera, Mariposa, Modoc, Mono, Nevada, Placer, Plumas, Shasta, Sierra, Tehama, Tulare, Tuolumne, and Yuba. There have been no modifications since 2004 to the regions definition.

“I’m pleased to be adding portions of Siskiyou, Shasta and Trinity Counties under the Sierra Nevada Conservancy. The conservancy has a superior reputation for thoughtful stewardship of one of California’s most important resources, our headwaters,” said Senator Dahle. “By having all these headwaters under one local agency, it will give more opportunities to manage important forest management projects as well as meadow restoration projects to ensure that we continue to have healthy forests and a robust headwaters system, ensuring all Californian’s have fresh clean water to drink and safe forests to visit.” 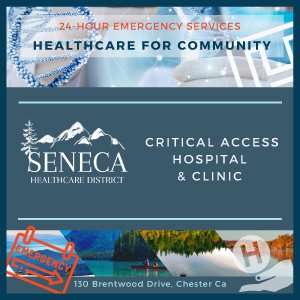 The Sierra Nevada Conservancy initiates, encourages, and supports efforts that improve the environmental, economic and social well-being of the Sierra Nevada region, its communities and citizens of California.