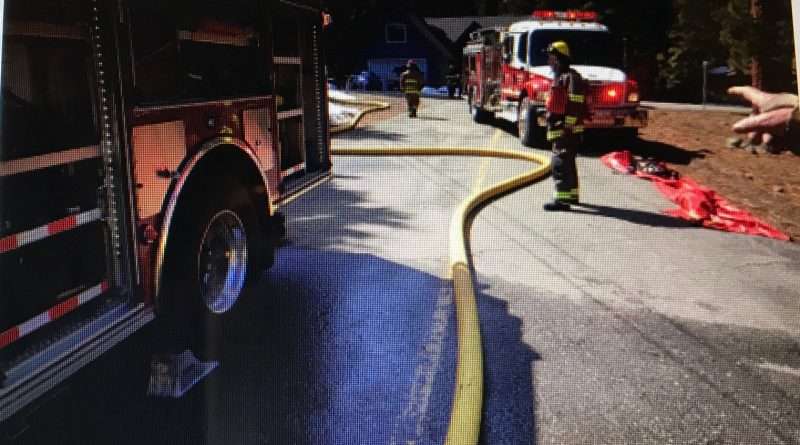 The Graeagle Fire Protection District responded to a 911 report of a structure fire inside a residence on Wilkut Trail in Graeagle today, March 19, at 12:45 p.m.

The first fire engine arrived just seven minutes later to find a fire in a bathroom area which had extended through the ceiling. The fire was discovered by the resident who knocked it down with a garden hose prior to the arrival of fire units. All occupants were confirmed to be out of the residence upon arrival of the first engine.

Two fire engines, one rescue unit, and one command unit from the Graeagle Fire Protection District, and one mutual aid engine from the Plumas Eureka Fire Department, responded with a total of 12 firefighters. An Eastern Plumas Health Care District ambulance also remained on standby for medical aid during the incident.

The fire was declared under control at 1:08 p.m.  Firefighters then searched for extension and overhauled two rooms involved in the fire. All fire resources cleared at 3 p.m.

The cause of the fire was determined to be accidental.