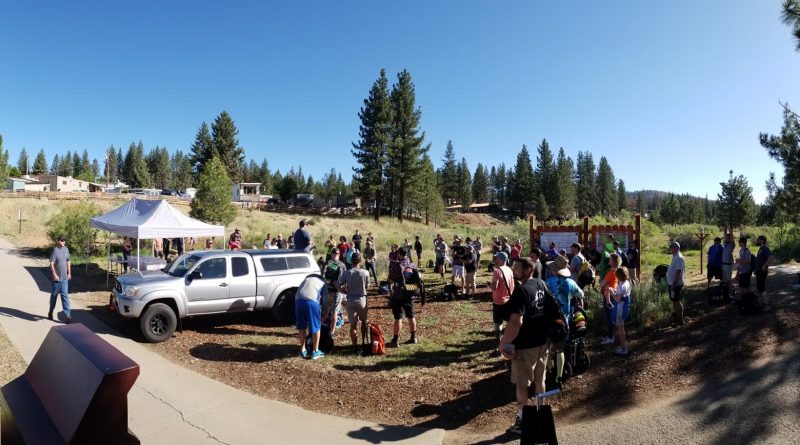 An enthusiastic crowd gathered at the first HouckDesign course in California with discs in tow as members of the Graeagle Lions Club sold a continental breakfast nearby.

Before the 9 a.m. shotgun start, to the sound of whistles during the brief opening ceremony, club member Tyler Stockdale spoke about the many hours that went into the course by local volunteers and the City of Portola, thanking all for the hard work that brought the idea to life.

“The City of Portola has been fantastic to work with, and we can’t thank them enough,” he said. “We also want to thank Tim Rhode for being a driving force in this,” he said, to much applause. Renowned disc golf course designer John Houck was also present and spoke briefly about the shared excitement of the official grand opening of the course and thanked all for joining in on the fun.

After what Stockdale termed a “short and sweet ceremony” the attendees played through 18 holes, ending with the winning team, ‘Bears, Beets, Battlestar Galactica’ playing a cool -15 under par.