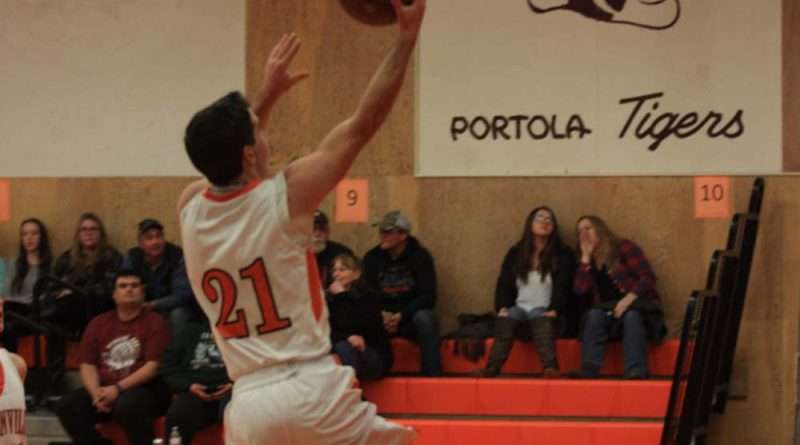 The Greenville Indians boys’ basketball team defeated Elk Creek, 79-30, in Greenville on Jan. 8, behind four double-digit scorers for the Indians.

Every player on the Greenville team scored in Friday night’s pummeling of the Elks. With the win, Greenville improved to 4-3 while Elk Creek dropped to 4-7.

“Our defense caused them lots of problems,”said Indians coach Jon Kusel. “We matched up well against them. Elk Creek’s man to man proved to be no match for our offense.”Starting out strong in the first quarter, led by Sheridan Kusel’s three steals, Greenville jumped out to a 16-6 lead.

Out-rebounding and out-hustling the Elks, Greenville continued to pour on the points in the opening quarter.

To start the second half, the Indians turned the ball over multiple times, giving Elk Creek more offensive opportunities that led to Elk baskets.

After a couple of words from coach Kusel, the Indians cleaned their offense up and continued scoring.

Elk Creek proved to be no match for Greenville as the Indians won big.

Although 49 points separated Elk Creek and the Indians, Greenville’s coach Kusel was “very impressed with Elk Creek working hard through the final buzzer.”

The Indians defeated Princeton on Jan. 5, in Princeton.

“The boys played one of their better games of the season,” said Indians coach Jon Kusel.

Greenville improved its record to 3-3, while Princeton fell to 4-8.

The Greenville girls fell at Princeton on Jan. 5.

With the loss, Greenville fell to 0-9 on the season, while Princeton improved its record to 4-5.

The Lady Indians hosted Chester on Monday, Jan. 11. The results will be available in next week’s paper.