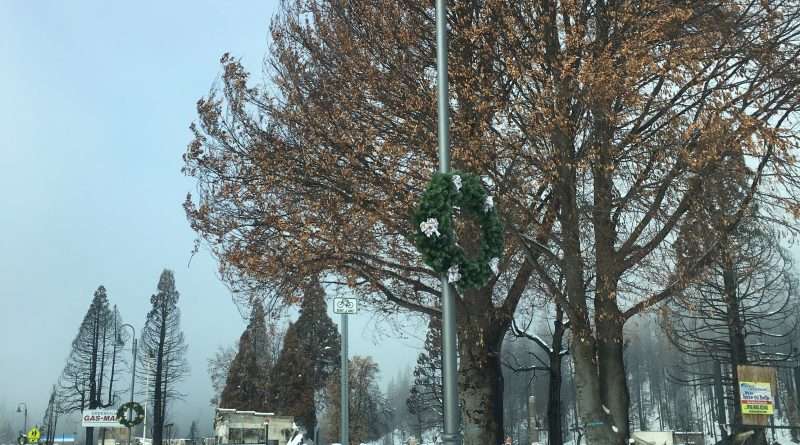 If you can dig yourself out of the snow, the place to be—or rather the spot to be is The Spot’s Bonfire Community Gathering tomorrow night, Dec. 23. The festivities begin at 4 p.m. with Mary Shero of Mary’s German Grill providing one last meal before she heads off to Oregon for the rest of the winter to do some much needed repairs on the grill trailer that miraculously did not burn but suffered damage nonetheless. With her will be Region Burger’s Christi Hazelton. The two women will be serving up Goulaschsuppe (Party Soup) and chili and cornbread respectively. As always, donations are very much appreciated and participants should bring their own beverages and chairs to sit on in the brisk evening air.

The [Re] Build Greenville meeting on Dec. 16 appears to have attracted 50 people in person and 33 on Zoom—quite the number considering weather conditions right now. The next meeting is scheduled for Jan. 22 from 11 a.m. to 1 p.m. at the Greenville Elementary School cafeteria. The meetings will now be held monthly on the third Saturday of each month.

Many issues and brainstorming ideas are coming out of each session as well as from the Dixie Fire Collaborative itself. Below are some highlights to consider.

The Rebuilding of Greenville Resource Center

The center will be moved to Greenville Elementary School (rooms 4 and 5) any day now. The school district has authorized the use at $20 a day plus proof of liability insurance. Lara Wheeler indicated at the [Re] Build Greenville Meeting that both she and Plumas Rural Services have provided proof of insurance but are waiting for the school to return forms. At the meeting co-chair Sue Weber reminded that attendees Plumas Unified School District received disaster funding that could cover the charges and therefore waive charging the resource center to serve the community and its residents that pay taxes to fund the school district. Weber also noted that the Greenville campus is a major under utilized facility in a valley with very few safe buildings that have both electricity and running water.

Superintendent Terry Oestreich noted in an email that multiple agencies and groups are requesting the use of the Greenville Elementary School including Central Plumas Recreation Department for use of the multi-purpose room for basketball, Roundhouse Council for tutoring and cultural workshops, Team Rubicon, Disaster Response and Mitigation, Dixie Fire Collaborative, as well as the county library. The responsibility of moving quickly on these actions in the email implies a fault of insurance issues and not the district itself.

Lara Wheeler reported at the [Re] Build Greenville meeting that firewood is being made available. Firewood cutters are being paid to deliver directly to homes of those who need it. Anyone interested in this program should fill out applications at the resource center.

Supervisor Kevin Goss reported at the meeting that we are now at over 200 lots cleared of debris with 194 soil samples sent away for testing. Seven property owners have indicated to the county that they are ready to rebuild.

Sheriff Todd Johns said  that Nelz Gas Station owner, Pete has secured a state loan to rebuild his pumps at the station with a potential opening date of Jan. 15, 2022. The new pumps will operate as a cardlock until the rest of the station can be rebuilt.

Mail delivery is an ongoing issue for post office box holders in Greenville and now since the truck accident demolishing part of the post office in Crescent Mills, an issue for post office box holders there as well. Rather than moving all post office boxes temporarily to Taylorsville, which would be safer on winter roads for residents of Indian Valley, those choosing to hold on to their boxes will be forced to travel to Quincy to pick up mail for the time being amid road work and ice. Sheriff Johns reported that he was aware of the dangerous drive to Quincy and that it was “very much on our radar.”

One approach residents could take is to contact both the regional postmaster in Sacramento and the local postmasters now located in Quincy. The more people they hear from, the more they will be able to make more informed decisions about making retired populations journey on dangerous roads in winter.

Another topic of conversation at the meeting was communication and transparency. Weber said that the county board of supervisors, PUSD, and the IVCSD among other agencies as well as FEMA and CalOES could do a better job of getting information out to Indian Valley residents and to the Dixie Fire Collaborative so that residents and community groups have opportunities to participate in rebuilding efforts. She cited a few examples, not the least of which was the county board of supervisors’ meeting with state officials on economic recovery without inviting Dixie Fire Collaborative members—many of whom either had or might have businesses in Indian Valley.

Speaking of communication, this column is meant for Plumas County readers and Indian Valley and former Indian Valley residents to communicate events, programs, deadlines, etc. If you have a notice of something that fits into the description of helping Greenville and Dixie Fire decimated communities, please send it to [email protected] to be included in the next column. We appreciate any and all tips.

Stay safe and warm out there and have a wonderful Christmas this Saturday with all the joy and hope of the season.