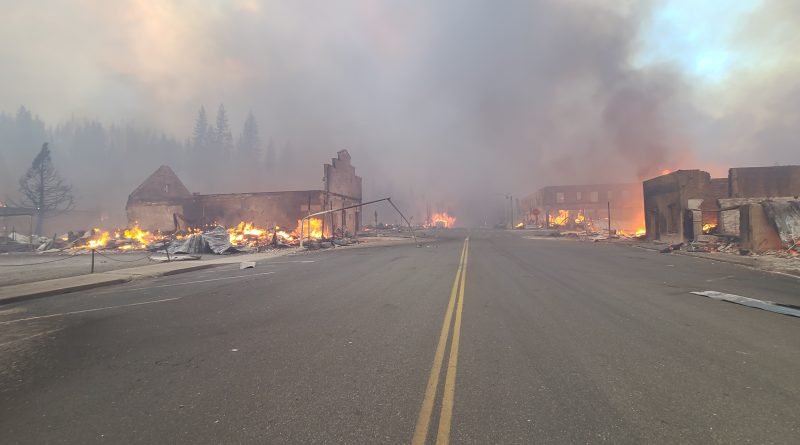 The scene at Crescent and Main streets in downtown Greenville on the evening of Aug. 4. Photo by Mike Grant
News
November 5, 2021 Editor

Cynthia Burns, a resident of Greenville, South Carolina, rallied Greenvilles nationwide to support Plumas County’s Greenville in the wake of the Dixie Fire.

Burns’ neighbor suggested their community do something to help via the popular social media site NextDoor and Burns took it upon herself to help.

During her research, she discovered that 34 Greenvilles are recognized by the United States Census Bureau. Burns reached out to each one to provide the opportunity for their residents to contribute to the GoFundMe fundraiser she created.

As donations began to come in, Burns reached out to Assemblywoman Megan Dahle’s office for help getting the funds to the community of Greenville, California. Having previously worked with the staff at Plumas Bank, Dahle facilitated a connection between the bank and Burns to incorporate the funds toward the Dixie Fire Fund – a fund administered by The Community Foundation of Northern Nevada.

“My team and I recently drove through Greenville to visit the families and children of that community. Seeing them acclimating to their lives in new schools, in new communities was bittersweet. I look forward to seeing Greenville rebuilt and I am thankful for people like Cynthia who have contributed to that future,” said Dahle.

“I think people were just really touched by the story, that a town could just be totally wiped out in no time,” said Burns. 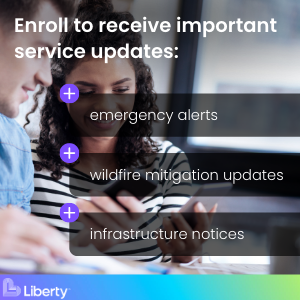 Due to the anonymity of many donors, Burns is uncertain how many of the 34 Greenvilles participated, however, those she spoke to about the fundraiser were glad to have a way to help out.

“It’s remarkable that a community more than 2,000 miles away felt a sense of connection to the people of Greenville and empathized with the Dixie Fire tragedy,” said Andrew Ryback, President and CEO of Plumas Bank. “I’m inspired by people like Cynthia who are supporting Dixie Fire recovery efforts. Every contribution and act of kindness makes a difference.”

Plumas Bank’s branch in Greenville, California was significantly damaged and was one of only five buildings that remained standing after the town was destroyed by the Dixie Fire.