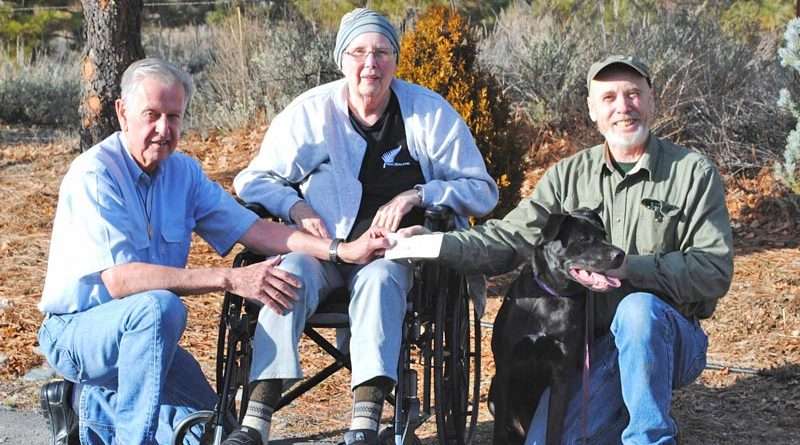 Local animal lover David Heppler started down the road to rescue dogs with the finding of a stray in Quincy, after the loss of his first dog, and has been finding the best of furry friends to bring home ever since. With the arrival of most recent furry family member, Piper, adopted March 2019, Heppler has now adopted from High Sierra Animal Rescue three times. Heppler and his pups can be found together walking, hiking, swimming and doing day-to-day errands, and are rarely seen apart. Moved by his deep belief in the mission that local nonprofit High Sierra Animal Rescue carries out on a daily basis, Heppler decided to support the rescue with a $10,000 donation, with a photo to capture the moment taken Dec. 10. From left, Doug Rodrigues, president and board member at HSAR, board member Betty Rodrigues, David Heppler and Piper. HSAR thanked Heppler, saying, “We are extremely grateful to have supporters like David who have not only adopted dogs that needed a home, but have also made it possible for us to continue to save dogs that are in desperate need of a second chance.” Photo submitted by High Sierra Animal Rescue