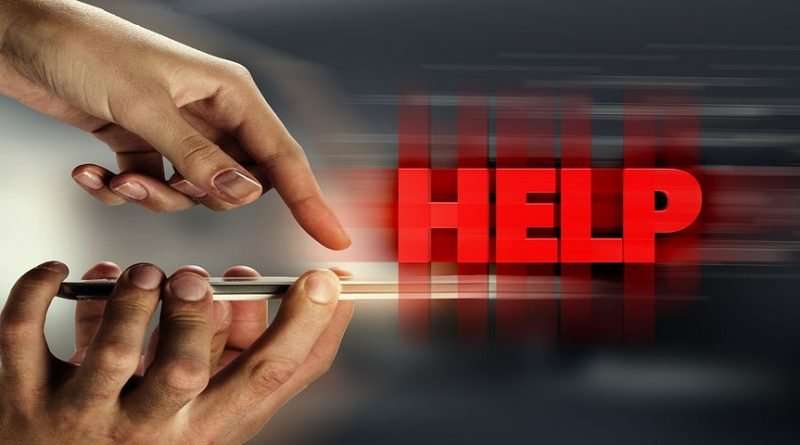 He said it before, he said it again, and he will continue to say it until something changes.

That “he” is Plumas County Sheriff Todd Johns and he is saying that his dispatch center is at critical staffing levels.

“Last night I received another two-week notice from a dispatcher,” Johns told the Board of Supervisors on Nov. 16, “that makes four over the last few months.”

Johns told the supervisors that exit interviews are performed with departing employees and one of the key reasons they are leaving is money. Three of the four have left to work for Plumas Bank, where the entry level pay is $20 an hour and they can work regular hours with minimal stress.  (The starting pay for a dispatcher is $17.98.)

But he told the board that it’s not only money.  “I take fault for some of the reason why they are leaving,” he said, attributing it to a lack of administrative structure during the pandemic and fires.

Johns said he was interested in discussing the issue inside or outside of the board room. “I am overwhelmingly asking that you find some way to support the ladies and men in dispatch,” he said. “When I have no dispatchers it’s hard to respond to 911 calls.”

During an interview Nov. 17, Johns elaborated on the dire situation in dispatch. Following the latest resignation, the sheriff has three dispatchers and one dispatch supervisor. “I am slated for six, so I am short three positions,” he said. That leaves four individuals to cover 911 calls 24 hours a day, 7 days a week.

During a typical year, dispatch handles 13,000 to 14,000 calls, but that all changed June 30 with the onset of the Beckwourth Complex Fire, only to be overlapped by the Dixie Fire. From July through August, dispatch handled 19,865 calls.

Staff is supposed to work four 10-hour shifts a week, but that’s not possible with so few personnel. “Sometimes dispatchers stay and work 12, 14 or 16 hours,” Johns said.

There must be at least one dispatcher in the center, but two are desired during busy times. What happens when a dispatcher isn’t available? “Then we have to pull people from patrol,” Johns said, which presents its own difficulties because dispatchers receive special training that patrol deputies typically don’t, and then it leaves patrol short staffed.

Johns said that it’s not just dispatchers — his entire staff is feeling the brunt of a rough two years beginning with the COVID outbreak. When other departments were working from home, his staff kept reporting to duty. Then they rolled into fire season both in 2020 and 2021, when vacations were cancelled and staff worked six days a week and more than 10 hours a day.

A combination of long hours, stressful work and low pay is impacting his department. While Johns knows that he can’t compete with larger jurisdictions — such as Sonoma where a dispatcher hires on at $5,500 to $5,900 per month — he said there must be some improvement.

He knows his department isn’t alone — many county workers struggle and the 2.5 percent increase granted to some of the employees won’t cover the medical cost increases they must absorb. And it’s not just the employees. “The reality is that our elected officials haven’t had a pay raise in 15 years,” he said. That subject has been raised before — since the elected officials such as the district attorney, treasurer/tax collector, auditor, clerk, etc. — haven’t received an increase, while the appointed department heads — planning director, human resources director, etc. — can negotiate hiring packages and are paid more than their elected counterparts.

The irony is that a lot of money that could be devoted to salaries is being used for overtime. “If we gave it to the employees up front, we’d be able to keep them,” Johns said.

Johns said he has discussed the situation with County Administrator Gabriel Hydrick, as well as some of the supervisors, and he knows that “they are in a tough spot.” While they want to pay more, they don’t know where the revenue is coming from and now, the fires have worsened that situation as property tax revenue will be impacted.

However, Johns thinks he partially addressed that by asking the governor and CalOES for $5 million upfront, which was granted, as well as for the county’s lost property tax revenue to be backfilled.

Still, what happens if there isn’t a pay increase, if working conditions continue to be difficult, and if more dispatchers resign?

“This is critical to the county,” Johns said, noting that in addition to law enforcement, they also dispatch fire and medical calls. If no one is there to answer the 911 call, it would roll over to Lassen County.

“I can’t sleep at night without fighting for them,” Johns said. “They have gone above and beyond.”