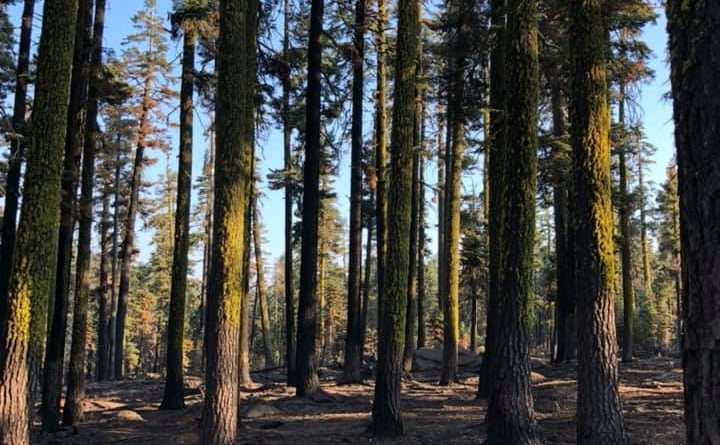 While the Dixie Fire remains 86 percent contained today, Sept. 17, crews know they aren’t out of the woods yet – literally and figuratively. Hotter, dryer weather brought more flareups on the interior of the fire yesterday, which is worrisome due to the forecast for stronger winds this weekend.

“The fire is winding down, but the weather is winding up.” That’s the statement made by the fire behavior analyst  for the West Zone, Sandy Munns, who addressed this weekend’s event with incident meteorologist Ben Bartos.

The predicted weather calls for southwest winds of 25 to 30 mph and dry, warm temperatures for Friday and Saturday.

Saturday night the chance of a wetting rain enters the fire zone. Bartos described a wetting rain as one-tenth of an inch of rain in 12 hours. Such a rain is enough to penetrate the ground and aid in fire suppression. He said that one-quarter to one-half inch of rain is possible in some areas.

This is followed by a northeast wind Monday and Tuesday, which could test containment lines in some areas and blow the fire back on itself in other areas.

On the West Zone, there is still a lot of heat in the northern portion of the fire, which is the biggest source of concern going into this weekend. Munns said that the winds provide the potential to push embers out of the hot areas and cause a new ignition.

On the East Zone, the priority continues to be the Devil’s Punchbowl, where the fire stubbornly refuses to be contained. The Beckwourth Hotshots continue to work the area.

There was also heat detected next to the containment line near Dixie Mountain. A helitak crew was inserted to address the fire.

Nearby another smoke was detected within the interior of the Beckwourth Complex burn scar — Dixie Fire management will continue to monitor it.

Smoke also was reported near Caribou and in a pocket in the interior of the Chips Fire scar.

More smoke was reported in an interior island near Greenville. Crews responded and put the flareup out and will continue to monitor today.

Elsewhere on the East Zone, crews are focusing on four areas of suppression repair: the Bucks Lake Wilderness including the Pacific Crest Trail; the area above Quincy/Mt. Hough; along Grizzly Ridge; and in Dixie Valley. 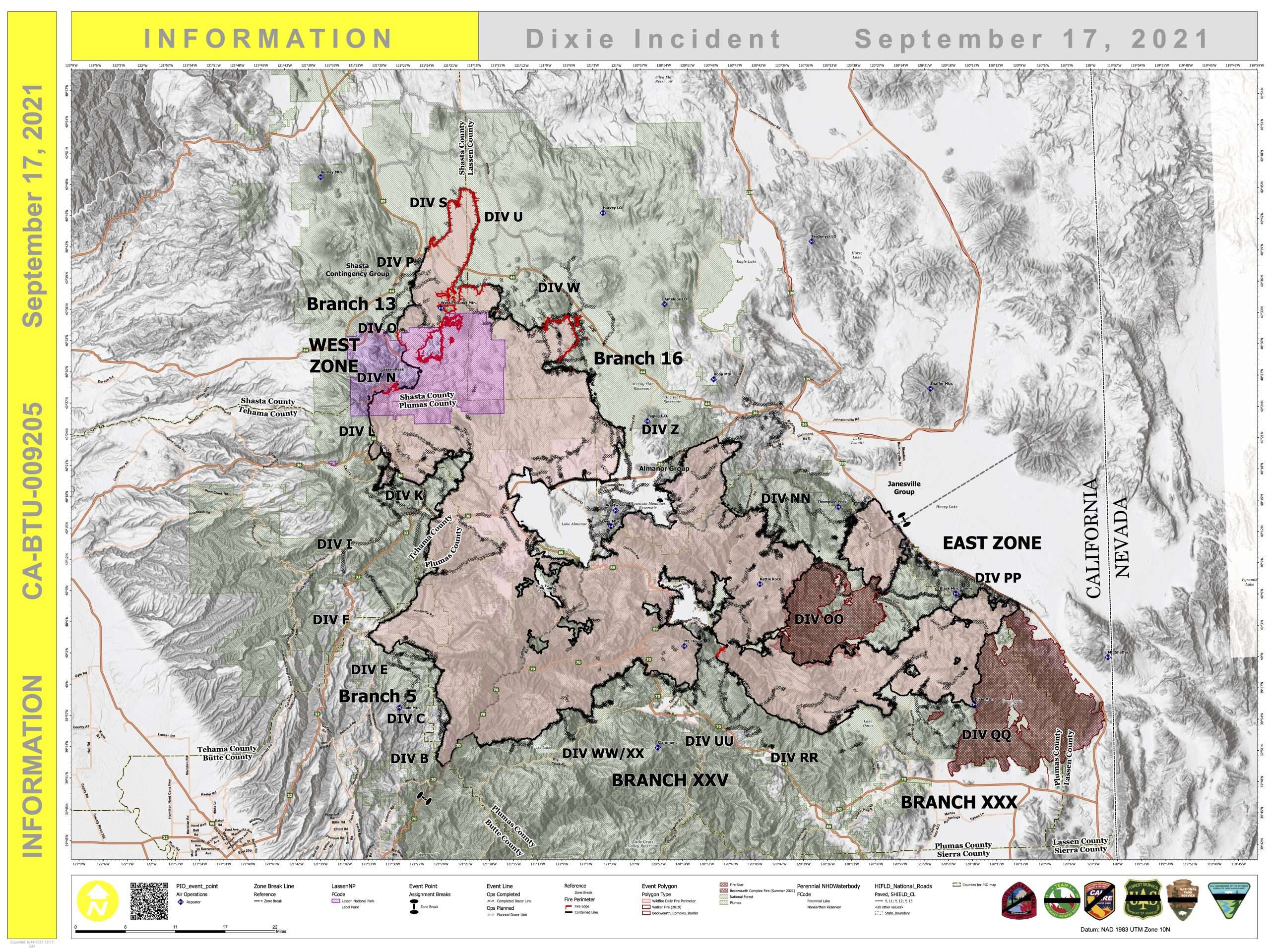