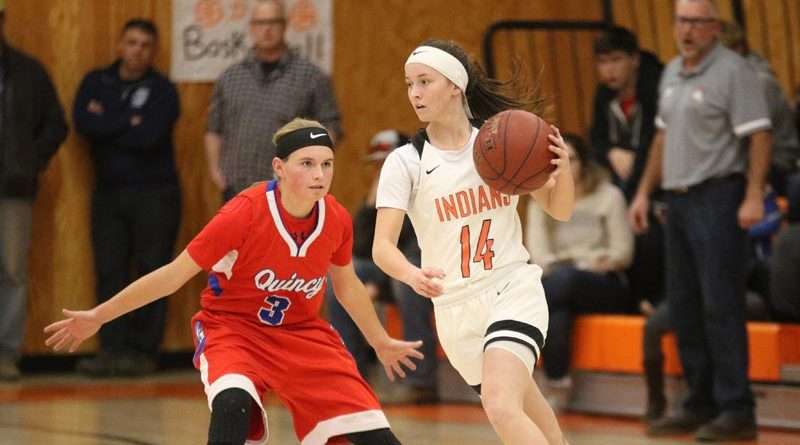 The Quincy and Greenville girls’ basketball season opened with a rivalry game between the Indians and the Trojans Nov. 25 at GHS.

The game seemed much more challenging than the score story appears. The Trojans led the first period 9-2. The Greenville Indians scored 6 points in the second period, but the Trojans widened the lead sinking 10 more points. QHS hit its highest stride in the third period with 15 more points and GHS held steady scoring six.

The final period GHS sunk 4 points and the Trojans scored 7. The girls are making numerous clean 3-point shots and it looks like it will be an exciting season in the stands for both Greenville and Quincy supporters. The teams will meet again on Jan. 8, the week before league play begins.

The Quincy Trojans have 27 games on their schedule and will be coached Terry Baumgartner with assistant coaches Cindy Thackeray and Chanae Hackett.The Greenville Indians have 25 games scheduled and are coached by returning coach Bridgette Bustamante. Both teams have numerous tournaments in their schedules challenging many out-of-town teams from other leagues.

First games of the season can be found printed in the Scores and Schedules section of each week’s Sports Section. The full schedule throughout the season is found online at plumasnews.com/sports-scores-and-schedule/.