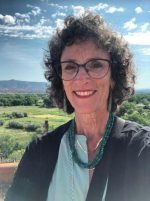 News of her appointment was published last week in the Chico Enterprise Record, and Plumas supervisors were concerned about the premature announcement.

“That premature news release created some embarrassing situations,” Supervisor Sherrie Thrall said. “It should have been Plumas County that officially released it.”

Supervisor Greg Hagwood said he was likewise taken off guard by the announcement.

Human Resources Director Nancy Selvage explained that she had worked on the release of information with Lucero as well as Heidi White, the clerk to the board of supervisors, and “our goal was to have a press release come out in Plumas first. Unfortunately it didn’t roll that way.”

“Imagine the embarrassment if we didn’t vote to approve this,” Thrall said. She added that when the information became public, a number of her constituents contacted her with negative views toward the appointment of Lucero. (Thrall ultimately voted in favor of hiring her.)

Selvage said that she recommended Lucero for the appointment after carefully checking out her references.

A thorough background investigation clearly concerned Hagwood last week when he said that Lucero should be subject to the same rigorous screening as a potential law enforcement hire would face. During today’s meeting he commended “Nancy and her staff for their diligence, and conversations with important people in the process.” He added, “I am confident in you and your opinions.”

Board Chairman Kevin Goss said, “We went through the whole interview process … and she was the candidate that came out of it.”

However, Supervisor Jeff Engel had a couple of concerns. “I didn’t know that you lost your election; I thought that you were redistricted out,” he said, of the way she described her situation during the interview process.  “I was also concerned with the premature news release.”

Tom McGowan, the incoming District 3 Supervisor succeeding Thrall, asked how she could serve both as a Butte County Supervisor and the Plumas CAO. (Lucero’s term in Butte County concludes Dec. 31.) Lucero said that as an elected official she has the option of not finishing out her term, and she had informed Butte County that she would be leaving as of Nov. 1.

The board voted 4-1 to appoint Lucero, with Engel being the lone no vote.