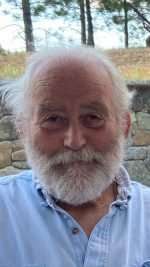 He was born on July 9, 1950, in The Hague, Holland. He moved to the United States with his mother and brother when he was 15 years old. Jan was a Veteran of the Vietnam War. At the young age of 17, he enlisted in the United States Army and became an E5 Sergeant. He served in Vietnam from September 25, 1967, to September 24, 1970.

After returning from the war, he lived in New York with his mother and brother and then shortly thereafter moved to California. His first job in Plumas County was at a rock quarry, but he discovered his passion as a logger for the Plumas National Forest and other private logging companies.

He married Carla Harris deBoer in June of 1991 at Round Valley Lake in California. Jan and Carla moved to Yukon, Oklahoma, and while they lived there, he painted aircraft at Tinker Air Force Base from 1992 until 1998. He then transferred to Ogden Air Force Base in Utah and painted aircraft until 2003, at which time he retired with full disability.

Jan and Carla returned to California. He helped Carla manage the Eagle’s Nest Frame and Art Gallery in Quincy from 2003 until 2011 but, more importantly, he was a helper to Santa Claus! He loved dressing up as Santa Claus, although the beard was real, and taking pictures with all the children at Christmas time in the frame shop. He also enjoyed riding his Harley Davidson motorcycle, playing horseshoes and oil painting on large canvasses.

He was preceded in death by his mother Victoria Emma Similar and his father Jan Frederik deBoer, sister Hunny Jonkers, and brother Nicolaas Willem Edzo deBoer.

His brother Alexander deBoer passed away on Wednesday, December 1, 2021.

A private family memorial service will be held at a future date.

Memorial donations can be made in his honor to Plumas County Animal Services located at 201 Mill Creek Road Quincy, California 95971.