A Renaissance man is “a person who has wide interests and is expert in several areas.” 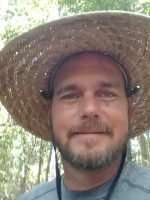 That is a fitting description of our brother Jeffrey Michael Glennon, who was called home to God on December 16, 2021. Assuredly, he was welcomed by our parents with big hugs and smiles, while the tears remained with us. Jeff will be deeply missed by family and friends across the country.

Born on January 23, 1972, Jeff was the second of six children of the late John and Patricia Glennon. Growing up in Dutchess County, New York, he demonstrated early his gifts of great intelligence and athleticism, excelling both academically and in sports. He was also a self-taught chef, always impressing family and friends with his cooking skills and creative menu ideas. Being musically inclined, he sang well and played just about any instrument he could touch. His talents also included acting, from a very young age and into his adult life, Jeff would convincingly perform in musicals and dramas on numerous stages.

His personal talents were not simply for social settings. He was also a highly-skilled craftsman. Whether wood working, cabinetry, or landscape design, among others, he built a life doing what he enjoyed. Whether for work or play, he enjoyed most being outdoors. No matter the season, Jeff enjoyed the peace and serenity of nature. To him, it was the perfect setting, balanced by the various elements of nature relying on each other. And nature relied on him, too. Jeff spent time fighting forest fires in the Western United States, which led to him finding his favorite place to live – his home atop a mountain in Quincy, California. He made several friends easily there, including his two favorite hummingbirds, George and Gracie. Making Quincy his home, he was quick to help friends and to volunteer in the community, including at Sugarloaf Ridge State Park clearing trails after the 2020 Glass Fire scorched more than 67,000 acres. He was a proud Clamper and member of ECV Chapter 8 Las Plumas Del Oro, at the Plumas Club in Quincy. And yes, he enjoyed a good time, a good laugh, and a cold beer.

More than anything, though, Jeff believed that everyone should be helpful and kind. You never know what someone else is dealing with, and it was that view that led him to give of himself to so many people and organizations over the years. It would be a nice tip of the cap to Jeff, if we all remember to be kind to others.

A celebration of Jeff’s life will be scheduled for the new year. Online condolences may be shared at https://www.neptunesociety.com .

In lieu of flowers, memorial donations in Jeff’s name may be made to: ECV Chapter 8 Las Plumas, PO Box 1883, Quincy, CA 95971; or to The Dixie Fire Fund, https://nevadafund.org/donate/dixie-fire-fund .

On behalf of Jeff and our family, we thank all of the wonderful caregivers who helped him in Quincy and in Reno, Nevada.