Law enforcement officials from throughout the state have arrived in Plumas County to help patrol and evacuate areas for the Dixie Fire, but they also pitch in to fight the fire. Officer Tatom does his part east of Storrie in the Highway 70 corridor. Photo courtesy of the Paradise Police Officers Association
News
July 24, 2021July 26, 2021 Editor

As of now 4,266 personnel are assigned to the fire, with more expected.

Following is the morning update from the Interagency Command Team.

Dixie Fire West Zone – Hot and dry conditions will continue today, and minimum relative humidities will drop into the upper single digits with little to no recovery. The fire continues to burn in a remote area with limited access, and extended travel times with steep terrain are hampering control efforts.

A second incident base, in Westwood, has been established to support logistical needs of the fire.  The fire is expected to remain active at night along ridge tops and in canyon bottoms that align with the down canyon winds.

Dixie Fire East Zone – The fire line in the southern section of the Dixie Fire east zone has been successfully tied into the west end of Bucks Lake. Fire crews will now begin to build indirect line to the north to tie in the southeast portion of the fire.

The eastern portion of the fire grew significantly, primarily in the area north of Highway 70 near the community of Twain. Fire crews and equipment are positioned to protect properties in Twain as the fire grows to the northeast.

The Fly Fire reached nearly 2,800 acres and is expected to reach the peak of Mount Hough in the next 24 hours. Fire managers are assessing the structure protection needs of communities to the northeast of both the Fly and Dixie fires. 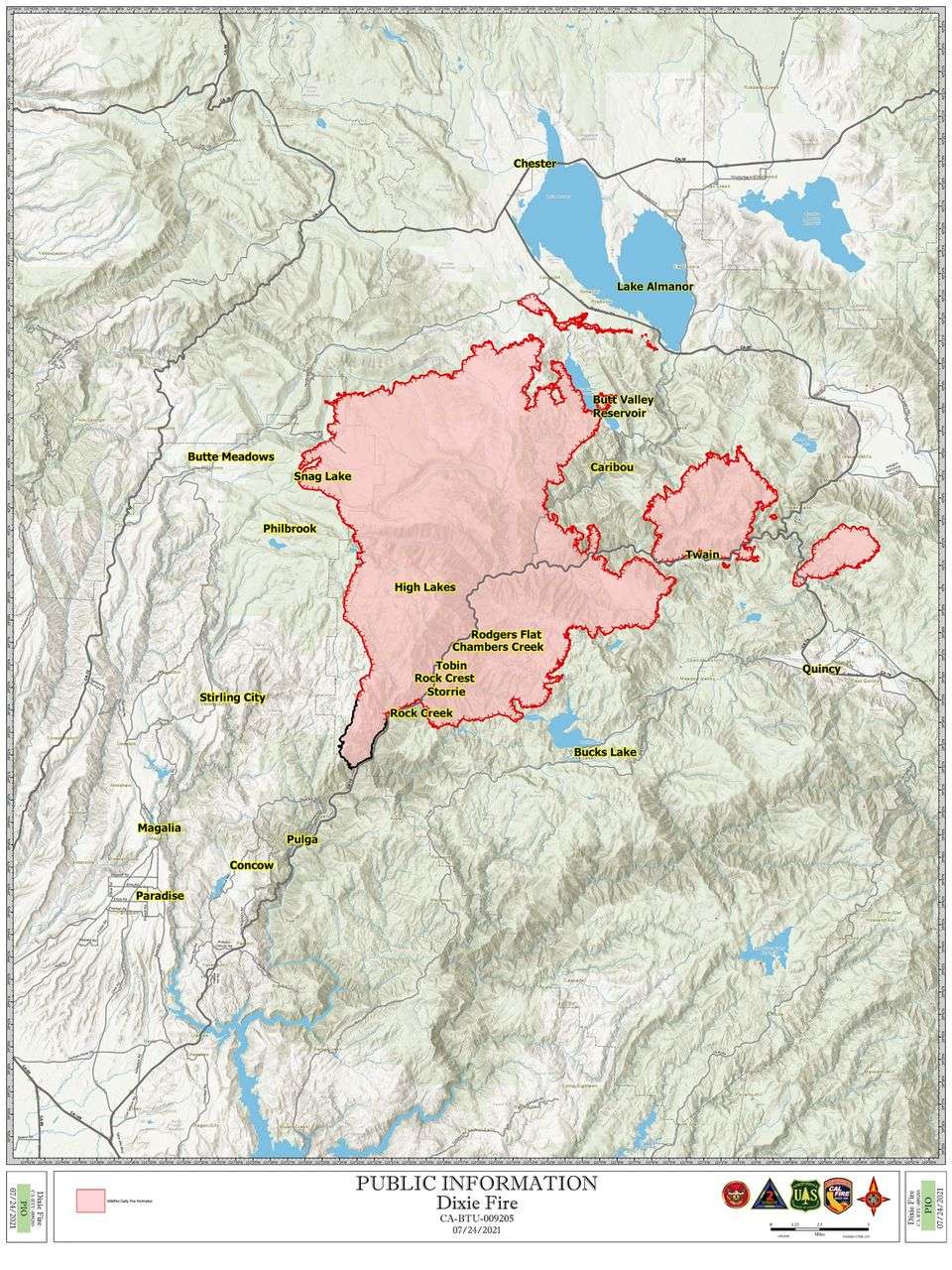 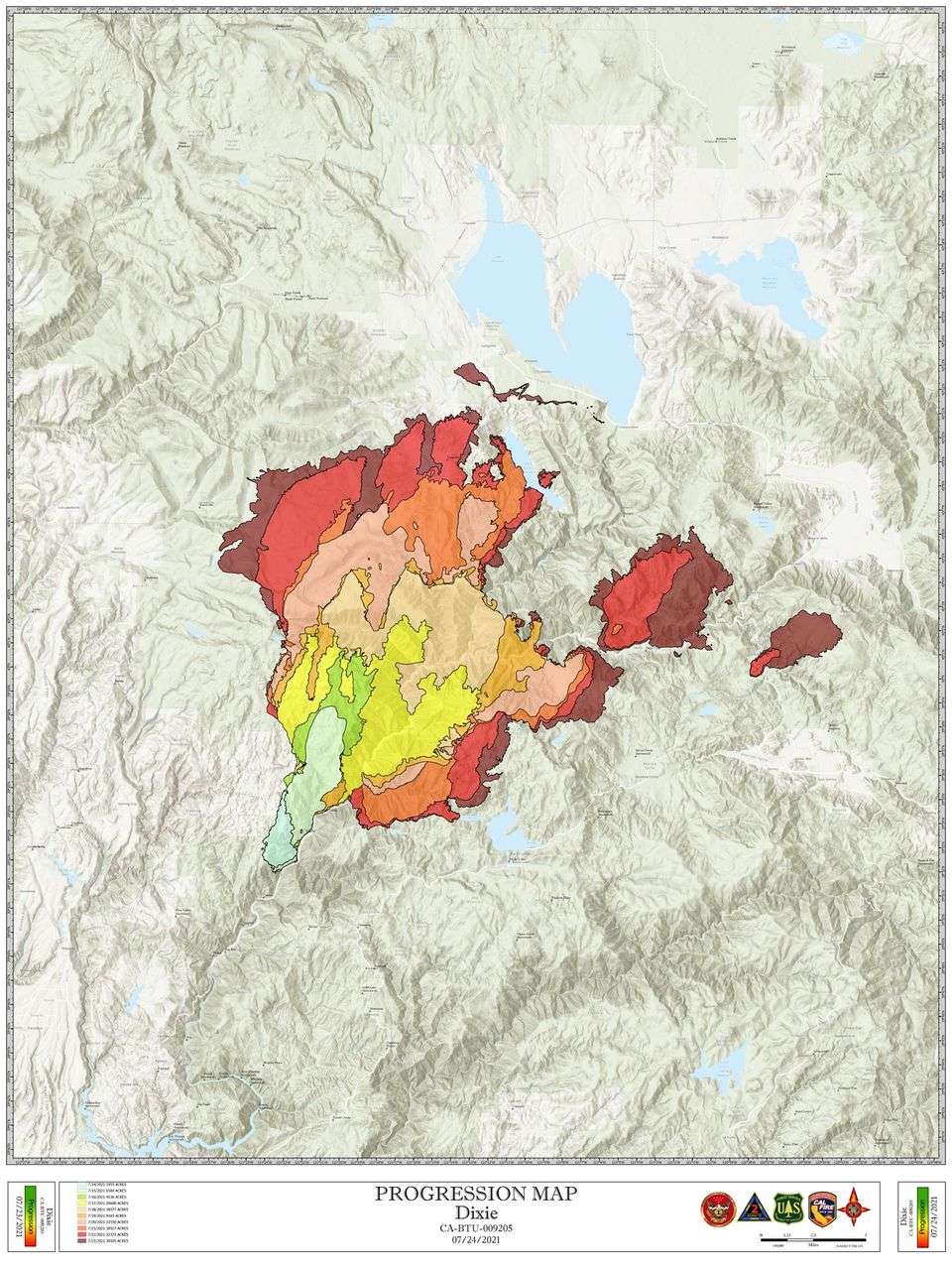