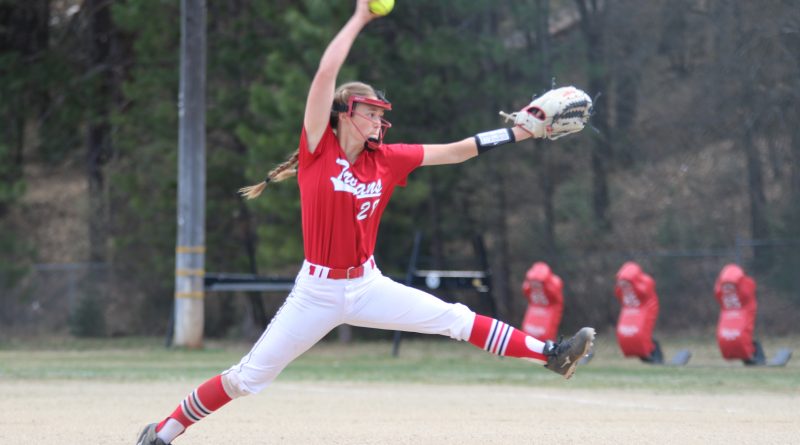 Brystol Beatley takes a wide stride as she leads the Quincy girls to another victory on the Trojan diamond March 26 during a doubleheader with the Chester Volcanoes. Photo by Mari Erin Roth
News Sports
March 29, 2022 Editor

Brystol Beatley pitched the whole first game striking out 12 of the 21 batters she faced with 57 pitches.

Volcano runs were scored by Gianna Tantardino, who also stole a base during the game and hit a double. Chester pitching was handled between Rylee Rhoads (3 innings) and Sarah Branch (1 inning). Each pitcher struck out a Trojan batter. Rhoads faced 21 batters and Branch pitched to 14 Trojans.