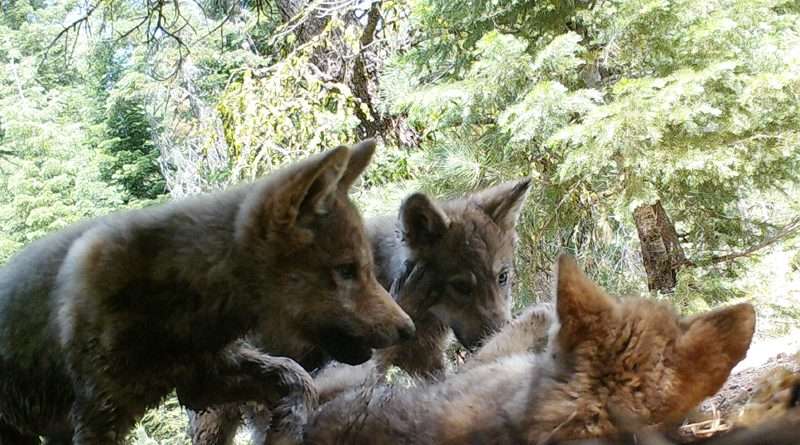 Three pups from the Lassen Pack play in front of a trail camera a few years ago. File photo
News
August 31, 2021 Editor

U.S. Forest Service fire staff escorted the California Department of Fish and Wildlife into an area burned by the Dixie Fire on Aug. 25 to assess the Lassen Pack’s survival.

Although the fire burned significant portions of its home range, CDFW confirmed that at least seven wolves — including the pack’s breeding pair and four pups — survived the fire. The adult wolves were keeping the pups in a small unburned grassy area surrounded by burned trees near a water source.

“Although the wolves were somehow able to survive the flames and smoke, biologists saw a small herd of cattle cow/calf pairs that had unfortunately perished,” read a statement from CDFW. “CDFW will continue to monitor the long-term effects of the Dixie and other fires on fish and wildlife habitat. It has been a tough summer for Californians facing drought, fires and smoke and our thoughts go out to all affected.”