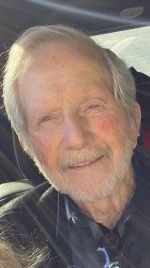 In 1964 LeRoy moved to Quincy and purchased Feather River Disposal. He operated the trash collection business that served Quincy, Greenville and Chester/Lake Almanor areas for 33 years. He was on the county’s Solid Waste committee and helped with the planning, construction, operation and ultimately the closure of the county’s landfill site after he helped secure the contract for the county’s waste to be hauled to the Lockwood, NV landfill.

During those three decades, LeRoy was also very active in the community. He coached several Little League teams, served on the Quincy Chamber of Commerce board and was a past president and longtime member of the Quincy Rotary Club.

Aviation was LeRoy’s passion and, as a licensed instrument-rated private pilot, he logged more than 5,000 hours of flight time both inside and outside the continental United States in his pride and joy, a Cessna 210. He also served as a member of the former Plumas County Airport Committee which was responsible for long term planning for the county airports.

Those closest to LeRoy will remember him as an individual that you could call a true friend who was always there when you needed him.

After selling the business to Waste Management, he bought a service station and mini mart in Susanville and a general store in Janesville, which he and his family operated for several years.

When they sold those businesses, he and his wife moved to Idaho where they lived for the next 22 years eventually returning to Quincy to be closer to family.

He is survived by his wife Jo; daughters Pam and Malissa; and two brothers, Robert and J.R. His sons Lee and Tim preceded him in death. He also leaves behind step-sons Ryan and Jason McIver; “adopted son” John Bottorff; six grandchildren and four great-grandchildren with another one on the way.