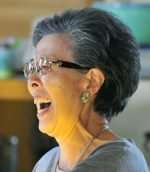 Yoshie was born in 1933, to Kenji Takarabe and Koito Kunieda in Tokyo, Japan. After living an interesting, amazing and full life, the Lord Jesus Christ came to get Yoshie peacefully from her home in Delleker on Oct. 27, 2019, with her loving son, Ron, by her side.

As a baby, Yoshie was adopted by relatives and raised by her grandma, Aki Nagasawa, on a small farm that was situated very close to the ocean. She enjoyed playing with friends from the village and loved to gather sea snails, crabs, clams and all sorts of sea life. Her brother, Nozomu Nagashima, was a good diver and brought back many oysters and abalone for their dinners. She loved living with her grandma.

In her early 20s, Yoshie became nanny to the two youngest children of an American family living in Yokohama: Josephus and Jean Beard, aka “Squeaky” and “Little Jean.” Oh, what an adventure. She loved that being their nanny took her to Paris, back to Japan, and then to Rye, New York. However, as much as she enjoyed traveling and seeing the world, she loved the children and family most.

While in Rye, Yoshie was introduced to Don Bowers who lived in California. Honesty was the quality she loved most about him. They married and made their home in Tracy for one year, until they bought Sleepy Pines Motel in Portola with his brother and sister-in-law, John and Yaeko Bowers.

Yoshie remembered always having a hunger for spiritual things. Around 1977, she was invited to a Bible study with ladies from Graeagle Community Church. There she found what she had been searching for and asked Jesus to be her Savior and Lord. Don and she were baptized in the Feather River by their pastor, Ral Klundby, a few years later.

Yoshie helped her husband with his many business ventures and church responsibilities, all while raising two children, making their house a home and being the best wife and mother she could be. Her children loved and admired her. She laughed easily, served wholeheartedly and gave generously. She was an excellent listener and imparted wisdom that was heartfelt and humorous. She was forgiving and kind. In her quiet, unassuming way, she made others feel special. She was just plain fun to be around. She made life better.

She is survived by her children, Kathy and Ron, her son-in-law, Jim Roberti, and her stepchildren, Lynn Petersen and Jackie Bowers and their families.

Her family and friends will miss Yoshie but honor her in their memory every day.

We will celebrate her life on Saturday, Nov. 16, at 1 p.m. at Sierra Christian Church in Beckwourth. 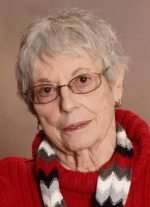 Kitty Grandma Donna was tough, silly, baked like a machine, made us laugh like no other, loved crossword puzzles, was a collector of kitties and an avid ‘cat volunteer.’ She always welcomed her family and friends into her house with hot coffee, a forest in her yard and whatever she was whipping up that day.

Donna was preceded in death by her husband of 50 years, Ralph W. Caldwell II.

Countless friends and family feel this loss; we have been blessed with her humor and beautiful handwriting, her cards and letters received over the years have provided love and laughter to many. She was truly our ‘Best in Show.’ 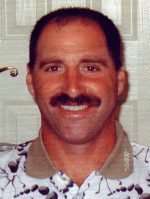 Nathan (Nate) Esienman passed away on Oct. 25, 2019, after a brief illness with cancer.

Nate had a great love for baseball that started with Little League that went on to Senior League, on to playing high school and college baseball and various leagues as an adult.

Whatever Nathan did he gave it his all and this was true throughout his life. After years of baseball, Nathan transferred his love to golf. He became an avid and accomplished golfer.

He graduated from Quincy High School in 1979 and went on to study at Butte and Lassen Colleges. He then transferred to Sonoma State University and graduated with a degree in kinesiology as well as receiving both regular Education and Special Education teaching credentials. He worked at the Santa Rosa City School District for 25 years as the RSP/SCD Special Education teacher. He was also the Piner High School Athletic Director and baseball coach.

Nathan lived an exemplary life of devotion to family, friends students and co-workers and to all those who knew him. He lived his life following the high standards of the Orthodox Jewish faith, which sustained him until he drew his last breath.

He is survived by his parents, Judy and Henry Eisenman; his sister, Amy Sherman (Scott); his brother David Eisenman; his nieces, Sarah, Eliza; and nephews, Joshua, Aron, and Jacob.

Funeral services were held on Oct. 30. 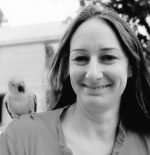 Linda was born a “Navy Baby” in San Diego on Sept. 24, 1954, and eventually spent most of her childhood in the greater Los Angeles area. She met her future husband, Timothy Hecker, in high school and together they moved to Carson City when she was 20. There they had two beautiful daughters, Lynn and Carrie.

After a parting of ways, Linda found Quincy in 1981 where she worked at the Harkness House as a waitress. At this time she met, and soon married, Malcolm Muir. Moving over to work at the Loft restaurant on its opening day, Linda became known as quite a prankster when it came to serving up a meal. People would name request her as they never would know what to expect next on their plate. Ranging from rubber French fries, plastic spiders and bugs, phallic straws and other types of interesting oddities, the “Bug Lady” could sure keep people laughing with her goofiness. (Watch out if you got the “sponge” cake for desert!)

Linda was also known for being quite a yard sale queen and bargain hunter, always trying to turn a buck and loving every minute of it. Her yard sales were special occasions and being a very generous person, she often provided hamburgers and soda to her helpers and all comers. (Linda, of course, preferred a cold pale ale to the soda.)

She loved exotic birds, having as many as nine in the house at one time and rescuing and caring for many injured wild ones. You had to be prepared for the cacophony that could ensue when visiting the house of the “Bird Lady” if the birds did not approve of you. A country girl at heart, raising chickens was also a hobby for many years, acquiring the nickname “Grandma Bock-Bock” from Carrie and Lynn’s children and being very proud of it. Linda also had a favorite dog, Tripper, and she would twirl her in circles as it was hanging on for dear life to a Frisbee or other dog toy.

Becoming a fixture at the High Sierra Music Festival, she made many new friends working as a shuttle driver. Carrie and her would usually camp out for the duration of the event and had a favorite spot behind the horse barns. Using her bargaining skills, she would always manage to get at least a few free bracelets for family members. She loved the music but mostly enjoyed being surrounded by company.

Linda had a love of the great outdoors. She camped anywhere and anytime she could. Enjoyed hanging out and swimming along Spanish Creek, kayaking or canoeing on the local lakes and just sitting around a campfire. She had quite a mobile kitchen set up and would cook for just about anybody who was hungry.

A very social and loving person, the house she shared with Malcolm seemed to always be alive with the sound of kids, laughter, of people having fun and, of course, the never-ending squawking of birds. Her many friends were always welcome at any time and those relationships truly meant everything to her. Linda had a full life and, as a motherly type, had a heart bigger than most. But that heart was broken from the loss of her daughter Carrie two years ago. It was an injury that would not mend and we lost her this past Oct. 17, 2019, with Lynn at her side. She will be genuinely missed.

A celebration of Linda’s life will be held Saturday, Nov. 23, at 1 p.m. in the county fairgrounds Mineral Building. Please bring a dish to share and, if you wish, a story to tell. Linda would like that …

John David Taylor lost his battle with cancer on Nov. 6, 2019, surrounded by his loving family.

Born Aug. 17, 1944, to John Mac and Rheba Alberta (McCullaugh) Taylor, John was the third of six children. His life began in Grays Flat and he attended elementary school in nearby Quincy until fourth grade, when his family moved to Merced. Two years after they moved to Merced, his family returned to Plumas County, settling in Greenville, where John attended and graduated from Greenville High School. Following graduation, John enlisted in the U.S. Army where he served in the Korean War as a cook. After his service to our country, he started his lifelong career in the timber industry as a choker setter, heavy equipment operator and timber faller. John felled timber up and down the coast of the Pacific Northwest searching for the next big tree, providing for his family the entire time.

John retained his love for the outdoors even after he retired from his logging career, spending his newfound free time fishing, hunting, golfing and gold mining. The twinkle in his eye when you entered his house was usually followed with “Let me show you what I found the other day” and a beautiful gold nugget he had stored carefully with the rest of his collection. He never missed his weekly pool game with his buddies and found great joy in cracking witty jokes and debating his grandchildren at the dinner table. The only thing he loved more than the outdoors was his family.

A memorial service will be held at the Meadow Valley School House at 12 p.m. on Saturday, Nov. 16, followed by a celebration of John’s life. In lieu of flowers the family requests donations be made to the Plumas County Museum.

END_OF_DOCUMENT_TOKEN_TO_BE_REPLACED 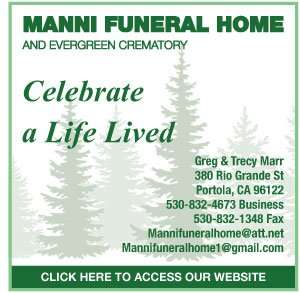