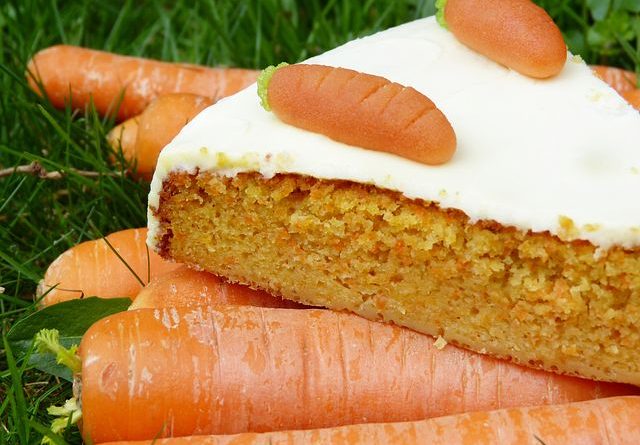 The pressure became too much! Who really does make the best carrot cake in Plumas County? We have to know and the folks at Sav Mor Foods and the Plumas Sierra County Fair Foundation are going to find out. Over six months, beginning in December, residents of Plumas County can finally put their recipes where their mouths are (you know what we mean!) and compete for the title of “Best of Plumas County.”

Of course, the Plumas Sierra County Fair exists to judge all that our community has made, raised and grown, but these are particular things that seem to get folks bragging about most. They are all general in nature; you won’t find the usual specific categories of say, cookies. This competition will establish the Best Cookie in Plumas County, be it peanut butter or a Snickerdoodle. Judging will be done by average people who’s number one qualification to be a judge is they like to eat. We don’t want someone to win because a professional judge noticed they sauteed the Shitaki mushrooms before gently folding them into the meatloaf. No, we want someone to bite into that meatloaf and say, “OMG, that is a 10!” just because they like the taste. That goes for the other items: corn bread, soup, carrot cake, and bread. Six competitions in all. It’s free to enter and the winner of each competition will receive an authentic “Best of” rosette ribbon, a commemorative plaque and a $100 gift certificate from Sav Mor Foods in Quincy.

It’s simple to enter; get an entry form off the Fair website (www.plumas-sierracountyfair.net), or pick one up at Sav Mor Foods or the Fair Office. Fill out the usual name and contact information, pick which competitions you want to be a part of and either drop it off at the Fair Office, or bring it in with your first competition. Directions are on the form, and the website. All entries will be dropped off at the Tulsa Scott Pavilion at the Plumas Sierra County Fairgrounds on the day of the competitions between 4 and 6:30 p.m. Closed judging will begin at around 7 p.m. and the winner will be announced on Facebook when the results are tabulated. 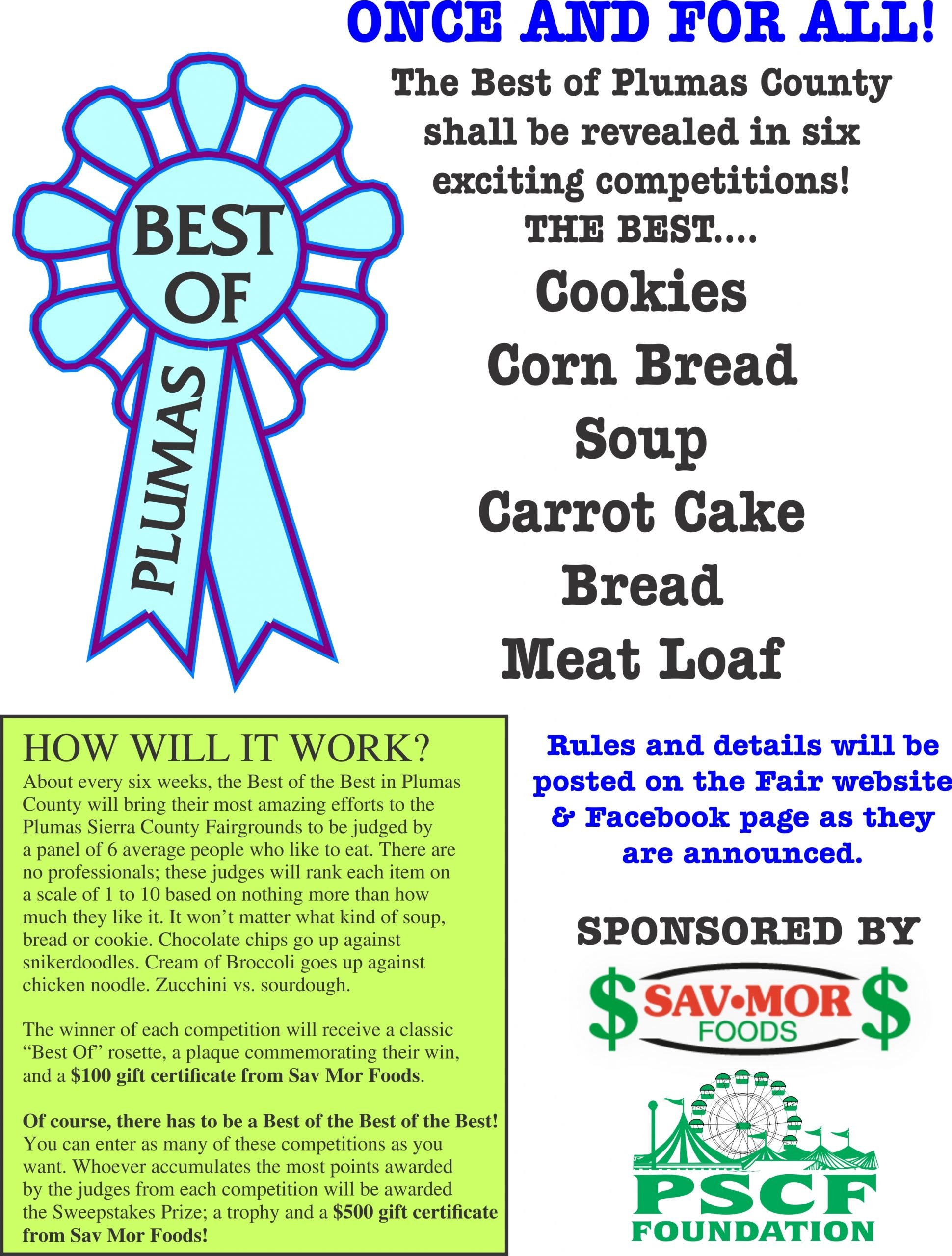 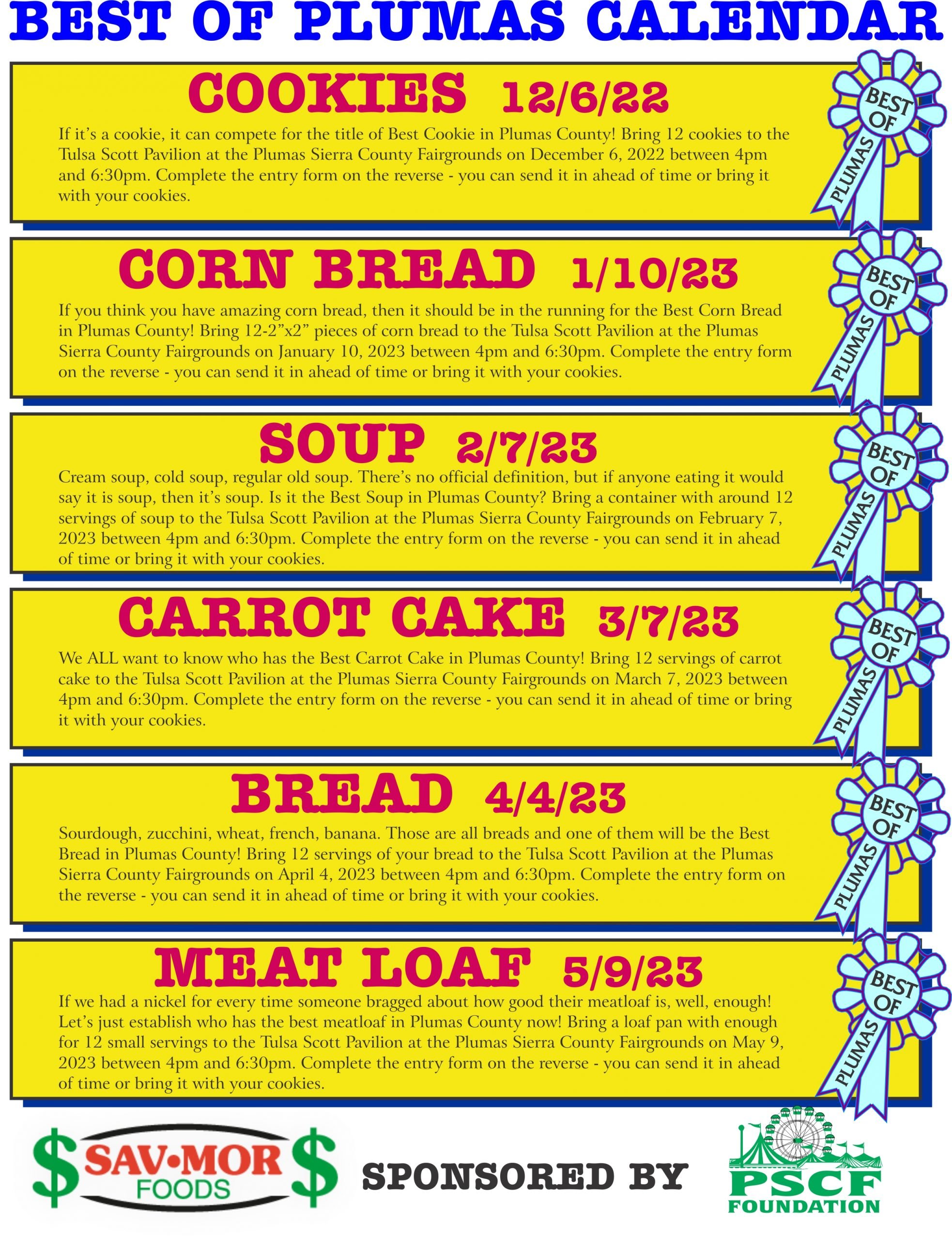