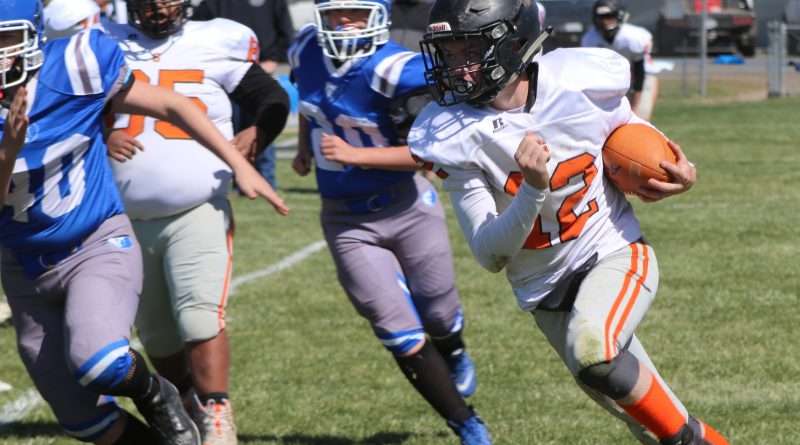 Greenville quarterback Wade Neer is provided plenty of time thanks to the GHS Indian defense protecting him from an onslaught of Grizzlies in Loyalton April 17. Photo by Mari Erin Roth
Sports
April 19, 2021 Editor

The Loyalton football team trampled the visiting Greenville Indians the afternoon of April 17 on the Grizzly field. The final score was 52-6. The wind was almost as fierce as the competition. The GHS team fought consistently on the field with junior quarterback Wade Neer on the field from beginning to end struggling to the last play. The Grizzlies were relentless.

The GHS squad has a few extra players to fill out their 8-man squad. The competition this season for Greenville has consistently had a whole second string on hand plus extras fillers. “We are mostly a group of freshmen and sophomores — 11 of our 15 players — and have primarily played teams in higher enrollment divisions, loaded with seniors,” said Greenville head football coach Dave Keller. “But we have played hard and are competitive during what should be called a rebuilding year.”

One thing you can say about the Greenville Indian team, they are tough, persevering and stubborn; in a good way. “Jake Smalley, Harvey Merino and Connor Barr had great games for us,” said Keller.

The GHS young men will host the Quincy Trojans for their final game of the season April 24. The crowd at high school athletic competitions has been growing. Signs entering the stadium areas advise attendees to “mask up” and practice safe social distancing.

The undefeated Portola Tigers will travel to Loyalton Saturday, April 25, for their final game of the season. Let’s see how the Grizzlies stand up to the Tiger “machine” as GHS head football coach Dave Keller has nicknamed the Portola Tiger team, for the big finale. 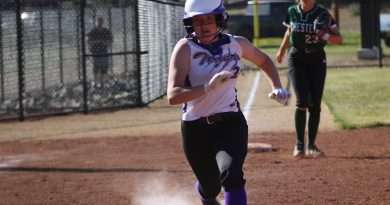 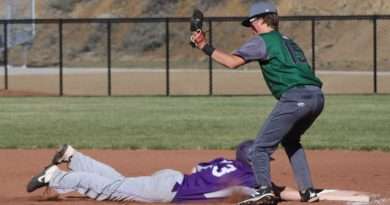 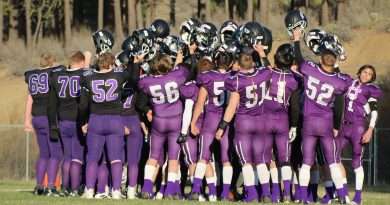