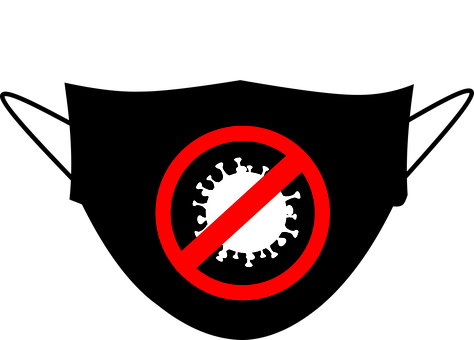 New signage, door-to-door visits to businesses, and a mobile vaccination van, are just some of the measures being taken to help stem the surge of coronavirus cases in Plumas County.

While wearing masks will curb the surge; it won’t end the coronavirus pandemic. Public Health Director Dana Loomis likened ending the coronavirus to a forest fire and said, “The vaccination takes the fuel away from the fire.

The vaccination rate in Plumas County is hovering just above 50 percent, similar to the situation in many parts of the nation. Loomis estimates that half of those not vaccinated would refuse to be vaccinated no matter the circumstances, but thinks the other half would be willing if it were even easier than it already is.

So soon, county residents will see a mobile van parked in various spots around the county offering residents the opportunity to stop in and get a vaccine. Public Health is trying to remove any barriers that might hinder someone from obtaining a shot. In the past, that meant taking the vaccine to major employers such as SPI in Quincy. The van, which will be available for approximately two months, is being paid for by a grant.

Loomis, who is an epidemiologist, said that if 30 to 40 percent of the public remains unvaccinated, the virus would continue to mutate — just as it did with the Delta variant in India when a large number of people weren’t initially vaccinated in that country.

Loomis said it’s frustrating because the people who are refusing to get the vaccine are citing personal freedom, however that refusal “actually restricts freedom.” Not only will it force the continued use of masks, but it could lead to school closures, indoor venue closures and more. If enough people get vaccinated then there are no hosts for the virus, and it would die. But it’s not only the inconvenience of mask wearing or the loss of the ability to circulate freely, it’s the potential sickness and loss of life that could result.

What else can be done?

Loomis met with Plumas County Sheriff Todd Johns and District Attorney David Hollister, with all three agreeing to work on an education campaign, but becoming prepared to take additional steps if necessary.

Hollister said that an investigator from his office will be making joint visits with Public Health to local businesses. They will hand out posters and literature, and encourage compliance with the mask-wearing guidance.

Visit many local businesses in Plumas County and there are no signs indicating that masks must be worn indoors (per a public health order) nor are many customers complying.

Plumas News also has received reports of individuals who have tested positive for COVID knowingly attending events or going out in public. Could they face any criminal or civil liability if someone they come into contact with were to contract the virus? What if that person had to be hospitalized? Would there be liability to cover those costs? The individual’s loss of work? What if the person died?

Laws were enacted during the AIDS epidemic to make it a criminal offense to knowingly expose someone to the disease. Hollister said similar legislation would be required in this case, but there are misdemeanor charges that could apply. Health and Safety Code 120290 HS is the California statute that makes it a crime for a person to intentionally transmit an infectious disease. A conviction is a misdemeanor punishable by up to 6 months in jail and fines of up to $1000.

But no one wants it to come to that. The emphasis will be on education.

As of last evening, Plumas County Public Health has reported 1,162 positive cases and 10 deaths. According to the latest information regarding Plumas County on the state website, six individuals are hospitalized and 156 are in isolation.

The test positivity rate is 13.7 percent, and the case rate per 100,000 in population is 50.4. (This data has a lag time of seven days and was posted Sept. 9, which means that the numbers are probably higher as the cases continue to increase in Plumas County.)

While cases are peaking and leveling off across the state — that’s not happening in Plumas County — yet. Loomis said that won’t happen until people start wearing masks.