The Public Health Agency announced this evening, May 17, that there are 2 new cases to report. The health agency is posting positive test results twice a week — on Mondays and Thursdays. Public Health reported eight new cases last Thursday. Seven of those cases were out of Eastern Plumas, and Public Health said that they appeared to be related to out-of-town travel.

The total confirmed number of coronavirus cases in the county to date totals 720 with 13 active cases; five in the Southern Region and six in the Eastern Region and two in the Northern Region. There have been 45 hospitalizations and six deaths to date. 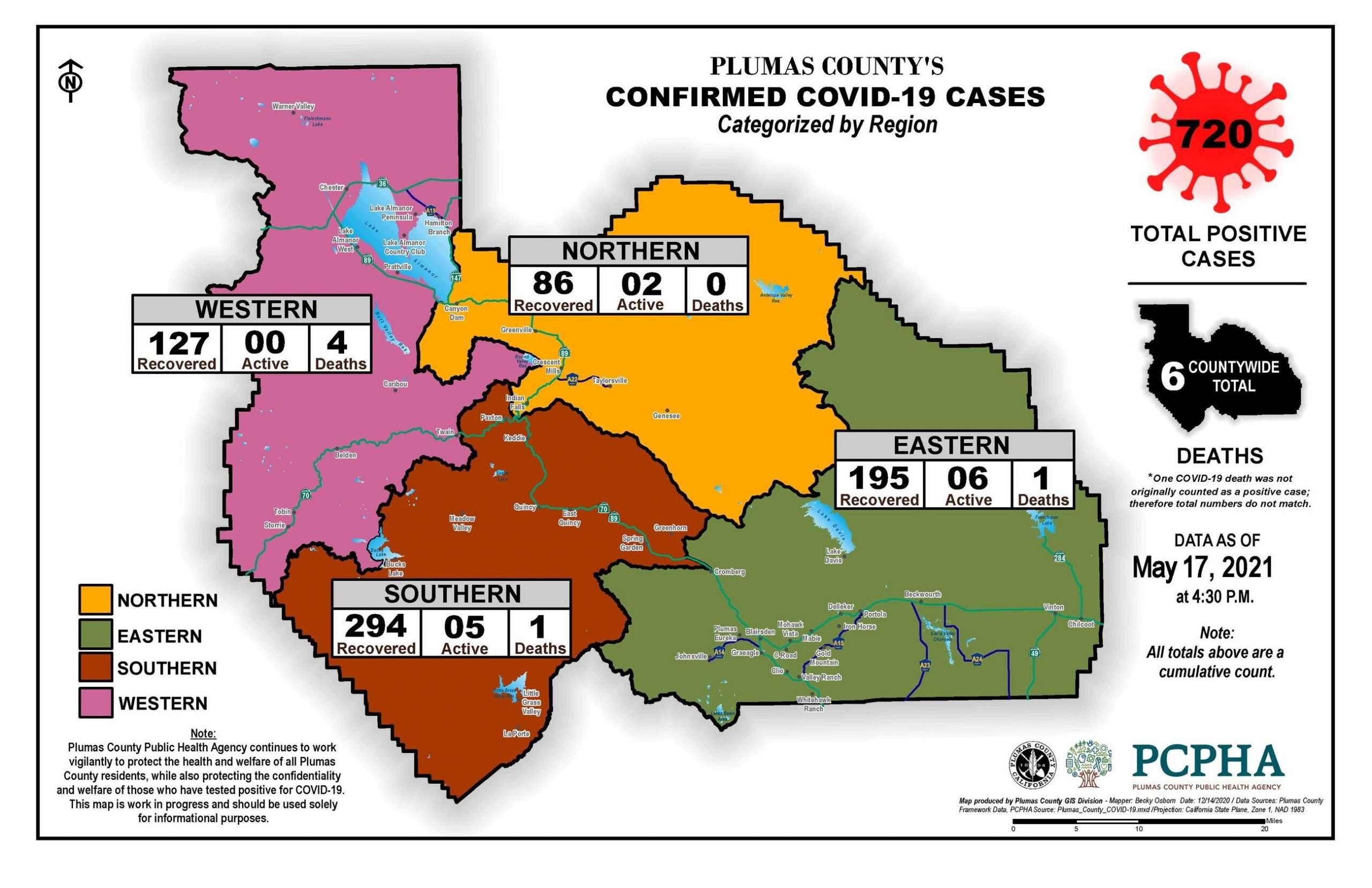