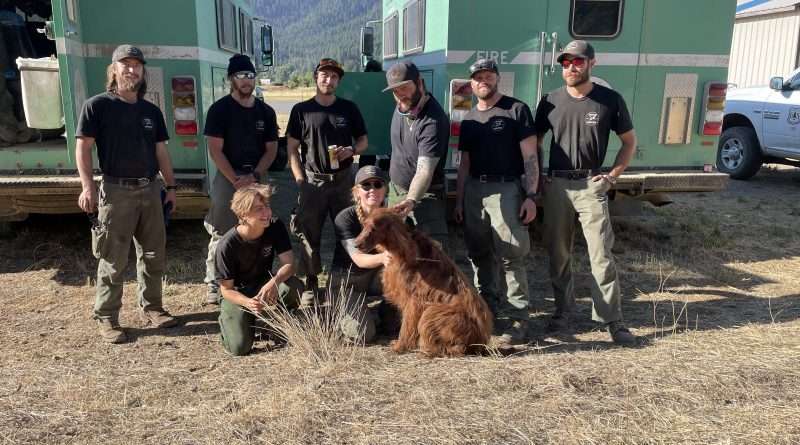 Clover Quigley, (the only one not dressed to fight fire) meets up with a group from Ukonom early on July 22 at the Gansner Airport. Clover and her mom, Mari Erin Roth, are Meadow Valley evacuees. Photo by Mari Erin Roth
News
July 22, 2021July 26, 2021 Editor

Meadow Valley evacuee, Clover Quigley, stops to thank a crew of firefighters from Ukonom (in Trinity County) before their morning briefing July 22 at Gansner Airport in Quincy. “There is no place we would rather be,” said one of the crew. “We love the Plumas,” said another. They have come to know the county from past firefighting forays in the area.

They aren’t the only ones. Firefighters are descending on Plumas County to help battle the Dixie Fire that broke out July 13 in the Feather River Canyon. It’s now more than 103,000 acres and is only 17 percent contained.

Clover Quigley will be on a quest to meet as many of the firefighters as she can. Follow her adventures in the coming days.