Our neighbors in Lassen County are mourning the death of a Susanville Police Officer, who was also a former sheriff’s deputy. Ryan Barham died June 9 at Renown Medical Center at the age of 43.

According to a Friday statement shared from the  Susanville Police Department, Barham’s manner of death is listed as natural, with COVID-19 listed as the cause of death.

“Officer Barham is a beloved member of our police force. He is well respected, hardworking, skilled, dedicated and took pride in serving our community. He will be greatly missed as an officer and friend,” read a prior statement from the local department.

“Ryan first felt ill approximately May 16. Medical tests revealed he was positive for COVID-19 and admitted to our local hospital. Ryan was later transferred to Renown Medical Center in Reno. Ryan spent the next few days hospitalized and still kept up his sense of humor, speaking with his partners over the phone when he could. Unfortunately, due to complications of COVID-19, he passed away on June 9, 2021,” read the Friday statement.

Services for officer Ryan Barham will be held at  10 a.m. Thursday, June 24 at the Assembly of God Church, located at 473-465 Richmond Road in Susanville.

A memorial fund is in the process of being set up in the name of officer Barham, and directions on how to donate will be provided at a later date, the department added.

“Again, everyone here at the police department and the city of Susanville appreciates all the support we have received from our great community,” ended the statement.

In announcing his death last week, the department said: “Officer Barham started his law enforcement career in July 1998 with the Yreka Police Department. He first began serving the citizens of Lassen County in May of 2001, when he was sworn in as a Lassen County Deputy Sheriff. After serving as a deputy sheriff and police officer in different jurisdictions, Officer Barham wanted to return to the area he had always considered home. 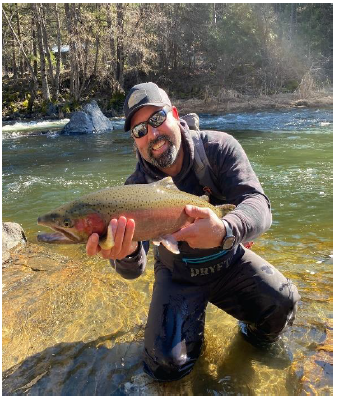 “Officer Barham is a beloved member of our police force. He is well respected, hardworking, skilled, dedicated and took pride in serving our community. He will be greatly missed as an officer and friend.

“On behalf of the Susanville Police Department, the City of Susanville staff, the Susanville City Council we would like to offer our deepest sympathies to Officer Barham’s family, friends, colleagues, and loved ones.”