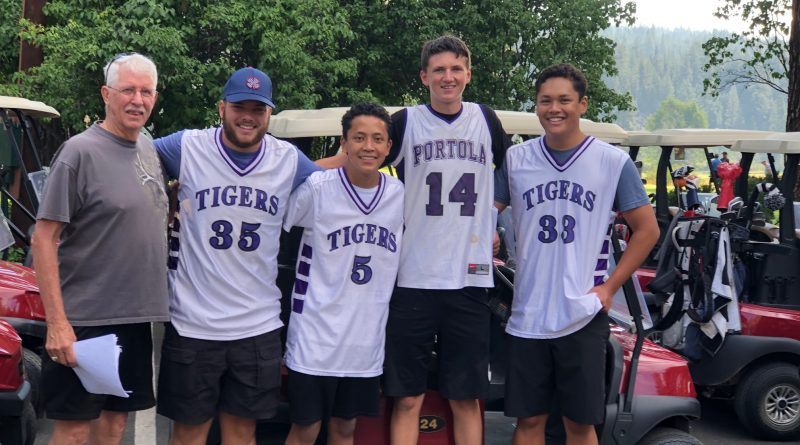 The format for play Aug. 10 was one net better-ball of the two-man team on the par fours and fives, and both balls on the par threes. In this format, par is 84. Twenty-four members competed. Bryan Hansen and Larry Gregg won first place with a net score of 76. The team of Jeff Monaghan and Andy Knudson earned second place with a net score of 77. Third place was a tie between the team of Mark Yuill and Dave Goodwin, and the team of George Fraser and Chuck Gielow, both with net scores of 78. There were six “skins” awarded: one each to Bryan Hansen, Dave Goodwin, Mark Yuill, Bill Schultz, Chuck Gielow and Bryan Hansen.

Game play Aug. 12 was two-man better ball, with 18 participants. The team of Norm Nichols and Dave Macdonald won first place with a net score of 60. There was a four-way tie for second place with a net score of 61. Since there were so many tied for second place, only first place was paid. There were seven “skins” awarded: one each to Dennis Flynn, Jack Gilbert, Dan Anderson, Grant Mayfield, Steve Harding, Bob Davies and George Fraser.