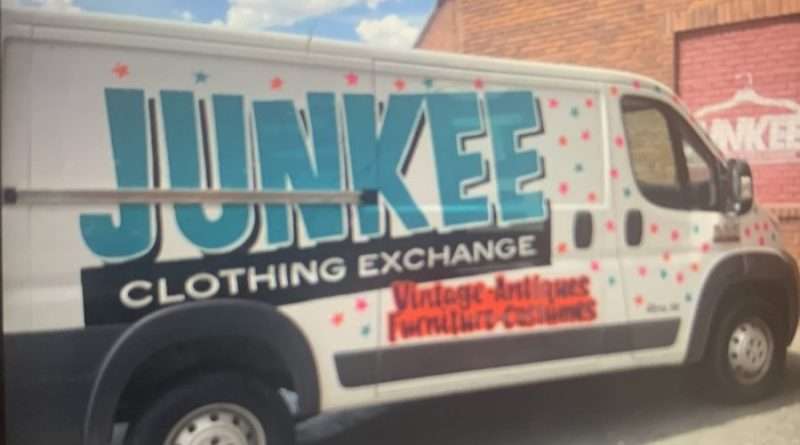 This is the van associated with Kathleen "Kathy" Griffin who was reported missing Jan. 25. The van was found near Keddie this afternoon, and Griffin was found deceased inside.
News
January 27, 2022January 31, 2022 Editor

Kathleen “Kathy” Griffin, 48, was reported missing out of Reno on Jan. 25. She was last seen driving a white van with Junkee written on the side with NV Plates: 635N64.

According to a statement released by the Plumas County Sheriff’s Office this evening Jan. 27,  just after 2 p.m. today, a deputy  was contacted by a CHP officer who requested assistance with investigating a report of a suspicious van.

Two deputies and two CHP officers responded to the area of Highway 70 and Old Highway near Keddie. Upon arrival they located the Dodge van belonging to Griffin.

Deputies opened the van and discovered a small fire in the rear compartment. Deputies requested a response from Quincy Fire and began to extinguish it. After the fire was extinguished, deputies discovered a female matching the description of the missing person, deceased inside the van. Sheriff’s investigators responded to the scene and were able to positively identify the deceased as Kathleen Griffin.
According to the report, after a comprehensive investigation of the scene no foul play was suspected.
The cause of the fire and cause of her death has not yet been determined. A complete autopsy will be performed by the Washoe County Regional Medical Examiner’s Office to determine the cause of death.