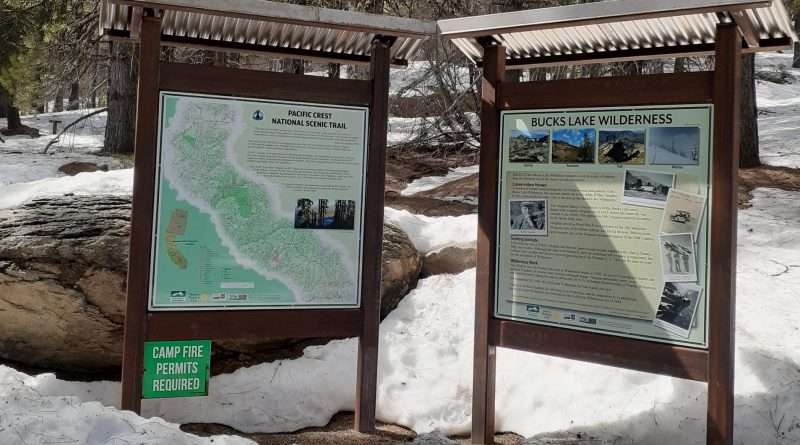 An informational kiosk was dedicated at Bucks Summit this past December. The dedication capped a three-year effort involving four organizations and numerous individuals.

One half of the kiosk is about the history of the Bucks Lake Wilderness and includes a tribute to Wilbur Vaughan. Wilbur was the lead person, together with numerous other people, who brought about the formation of the Bucks Lake Wilderness in 1984. The other half of the kiosk concerns the Pacific Crest Trail, featuring a map of the Trail as it passes through Plumas County.

The project involved the Quincy Rotary Club, Friends of Plumas Wilderness, Plumas National Forest, and the Pacific Crest Trail Association. Vaughan family photos were furnished by Wilbur’s family and seasonal photos of the Wilderness were provided by Darrel Jury and Darla DeRuiter.

Kiosk frames were designed and installed by Scott Sterling and were fabricated by Cameron Falconer. Other significant contributions were made by Darrel Jury of Plumas Wilderness, Kevin Kuhl of the Plumas National Forest, and Connor Swift of the Pacific Crest Trail Association. Jamie Aylward of Wild Hare Signs did a beautiful job producing the signs.

The kiosks are located on the west side of the Bucks Summit parking lot, as you start up the Pacific Crest Trail. If you are in the area, please stop by and take a look! 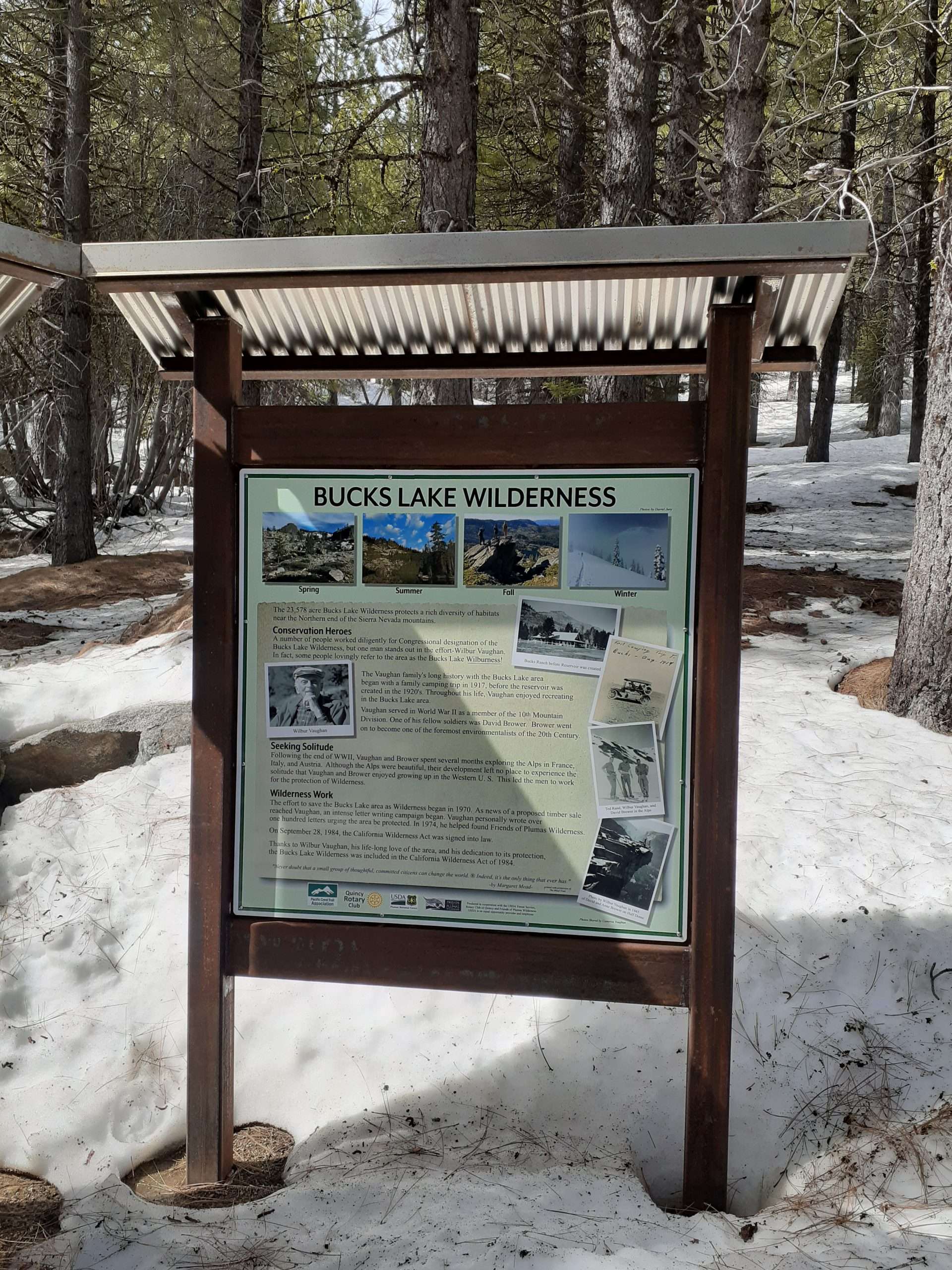