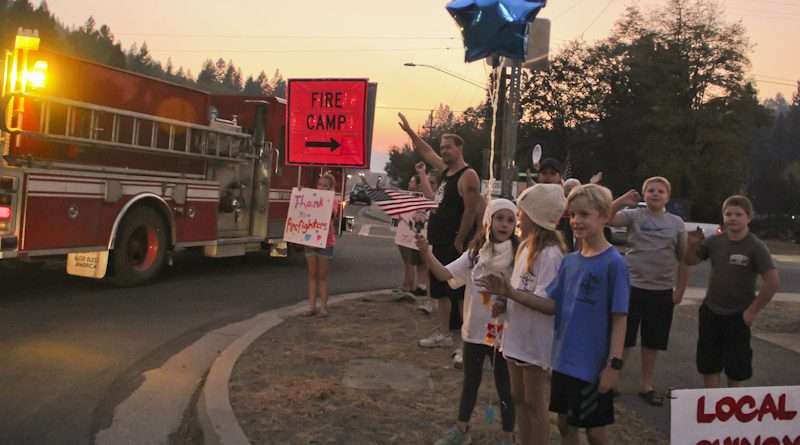 Quincy and Meadow Valley families turned out up and down East Main Street from La Porte to Fairgrounds Road Sept. 26 to send thanks and appreciation to North Complex Fire crews and emergency responders coming off the line. The fire is officially 100 percent contained as of Dec. 3. File photo by Roni Java
News
December 7, 2020December 9, 2020 Editor

Plumas National Forest officials announced that the North Complex Fire is 100 percent contained as of Dec. 3. The fires within the North Complex began by lightning strikes on Aug. 17, ultimately burning 318,935 acres. It became the fifth deadliest and fifth most destructive in California history. It killed 16 and damaged or destroyed 2,455 structures.

The fire closures on the Forest remains in effect until conditions improve. The closure area follows (generally) the actual fire perimeter and affects all national forest land, roads, trails and campgrounds within the fire closure area. County roads and private land within the perimeter are not affected by the federal land closure. For more information about the closure, please check the forest website at: https://www.fs.usda.gov/alerts/plumas/alerts-notices

Within the closure area, falling trees (often falling without warning) and smoldering stump holes, are some of the public safety hazards that exist within the fire perimeter. Longer term hazards include landslides and flash flooding caused by erosion or suppression activities not yet repaired. These hazards may lead to serious injury or death. Fire suppression repair will continue as conditions allow, mitigating these threats to public safety and resource values.

The Forest Service thanks everyone in the local communities and beyond for their past and continued support of the firefighters working on this incident. https://www.facebook.com/USFSPlumas

The Claremont Fire broke out Aug. 17 as the result of a lightning strike. It forced evacuations and threatened the communities of East Quincy, La Porte Road, the Highway 70 corridor, Spring Garden, Greenhorn, Cromberg and Sloat. Only one outbuilding was lost on this portion of the fire.

The Bear Fire also broke out Aug. 17 following a lightning strike. Initially it was left to burn because it wasn’t immediately a threat to people or property; it was in steep, rugged terrain; and resources were scarce due to the fires burning across the state. So though it held at 50 acres for a while, it grew to over 12,000 acres and threatened the communities of Bucks Lake, Haskins Valley, Tollgate and Meadow Valley.

The two fires merged and the North Complex made a run into Butte County on Sept. 9 where it claimed 16 lives and destroyed or damaged 2,455 structures. It forced the evacuation of several communities and caused the area to suffer the worst air quality in the country for weeks. 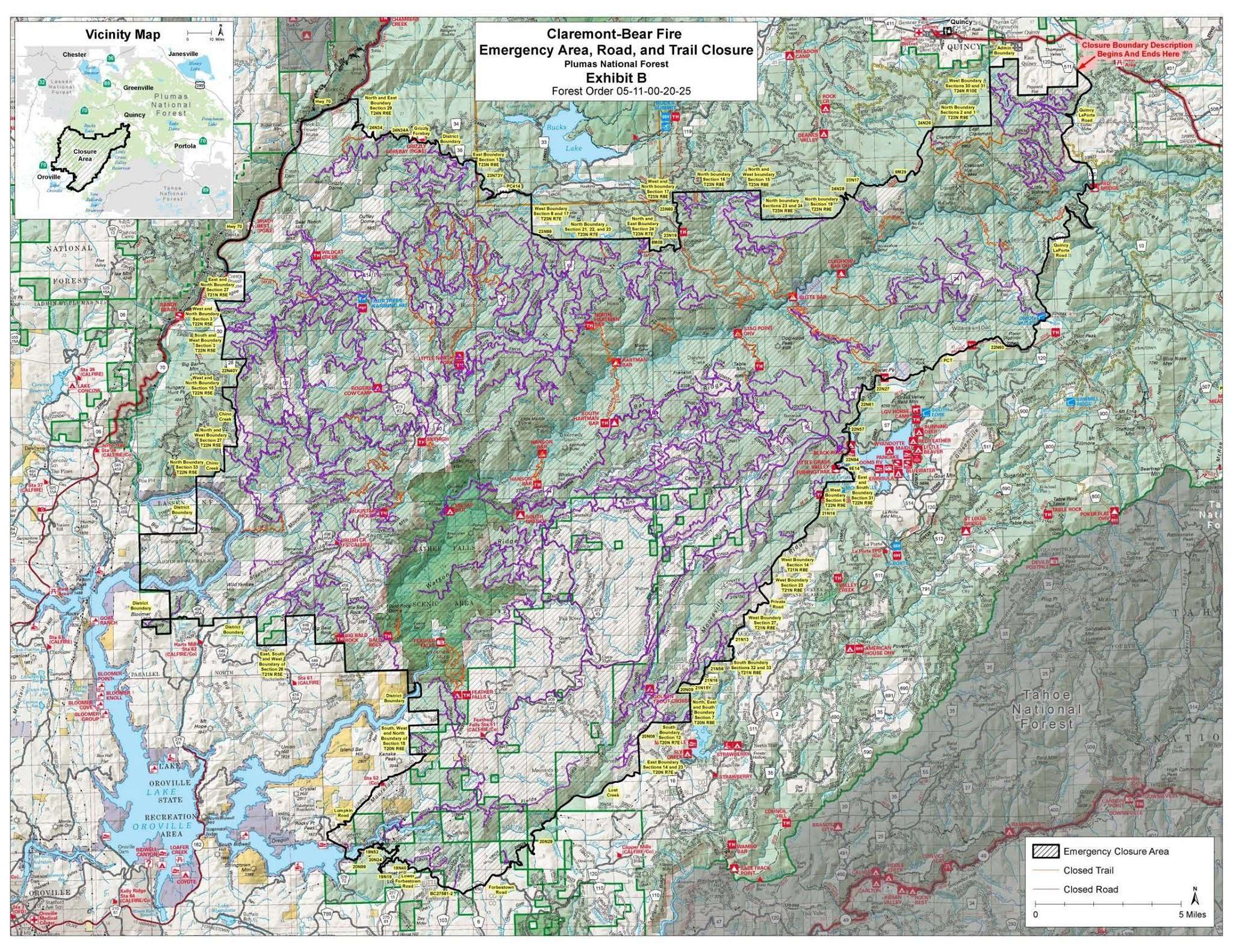