The Plumas County Public Health Agency announced today, Nov. 30, that there are 18 new cases to report. The health agency has been posting positive test results twice a week — on Mondays and Thursdays. The last report was Monday, Nov. 22, when 18 cases were confirmed. There was no report last Thursday due to the Thanksgiving holiday, and Public Health announced yesterday, Monday, Nov. 29, that it wouldn’t report as planned. Today’s numbers are from Tuesday, Nov. 23 through Monday, Nov. 29.

The 18 cases reported today are as follows:

One case for the Eastern Region (Graeagle/Portola): One confirmed on Nov. 29.

One case for the Northern Region (Greenville/Indian Valley: One confirmed on Nov. 23. 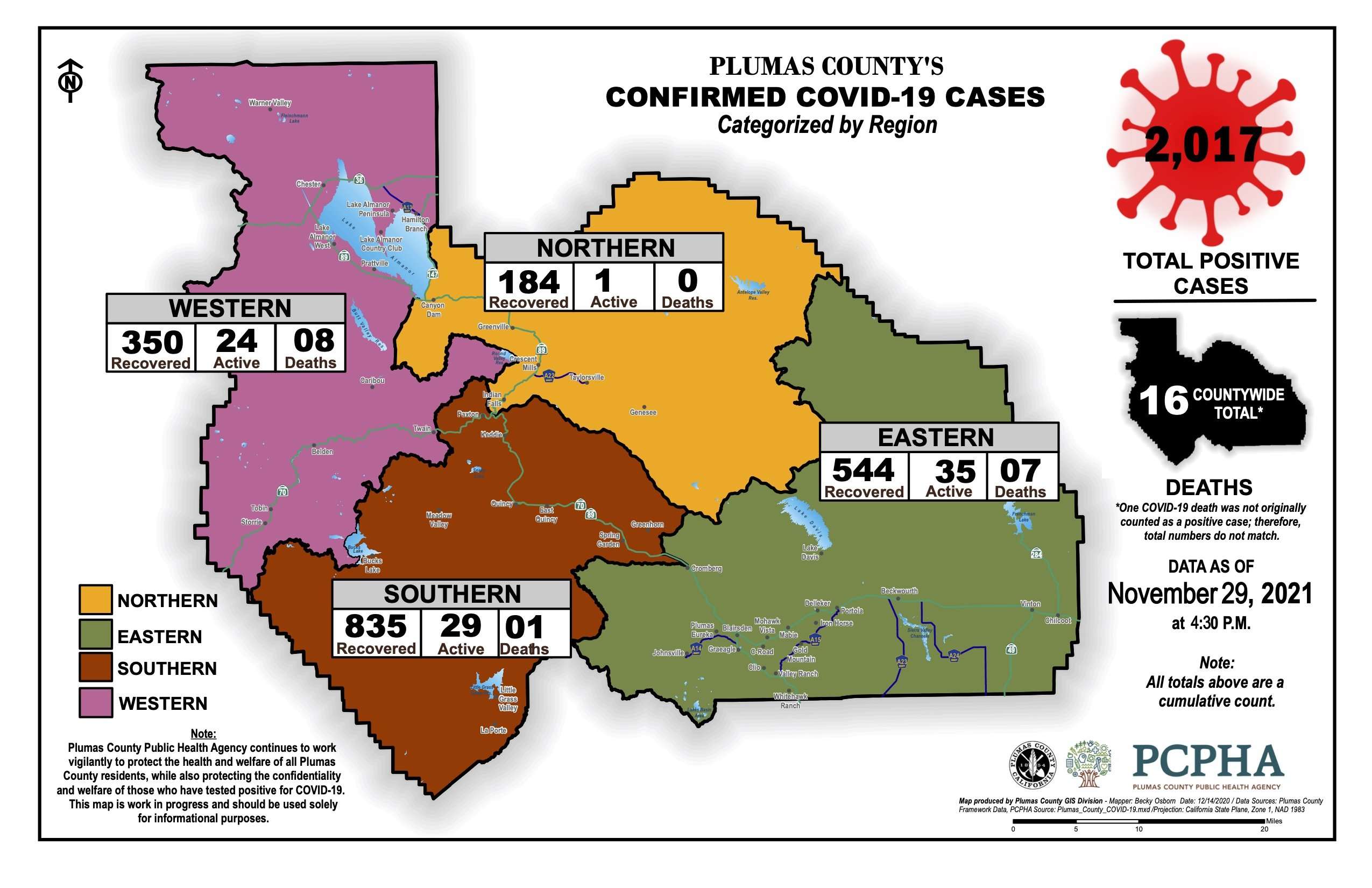