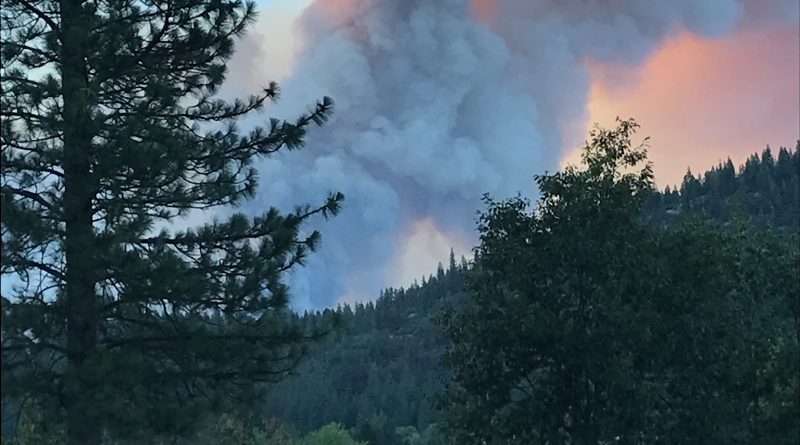 On the afternoon of July 22, 2021, Plumas County residents had already been living with the Dixie Fire for eight days, when a new fire broke out near Keddie on Highway 70. The Fly Fire immediately forced evacuations and closed Highway 70. Resources were quickly diverted from the Dixie to stop the new fire from spreading into town. Eventually it would merge with the Dixie and residents in this county and beyond would be living with the fire threat for months. Following is a rough timeline of the Dixie Fire pulled together from the daily stories that Plumas News posted. The timeline focuses on the impact to Plumas County. This is by no means inclusive, but shows the rapid growth of the fire and some of its impacts.

July 13: Dixie Fire breaks out (flames reported near a power line near Cresta Dam in the Feather River Canyon)

Aug. 31: Dixie Fire explodes by more than 42,000 acres in one day; Army sending soldiers to help

Sept. 2: Containment edges up to 55 percent