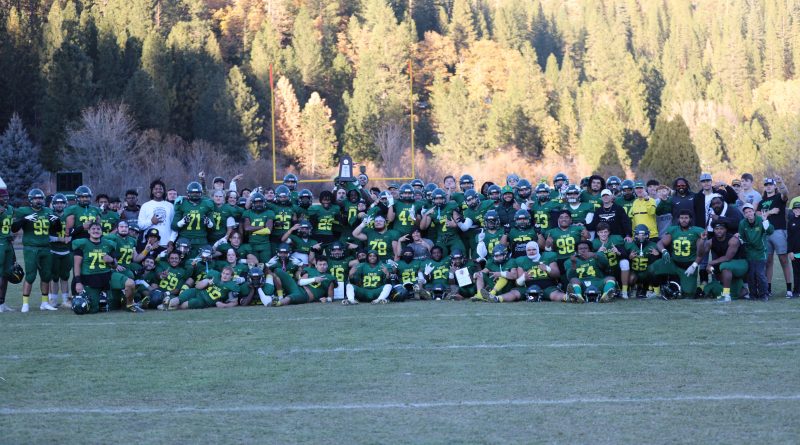 . With the bowl game victory, the Golden Eagles finished the season with a perfect 11-0 record. This marks 21 consecutive victories for FRC, dating back to last season. This is also back-to-back American Championship Bowl victories and undefeated seasons for the Golden Eagles.

Sophomore Quarterback Jared Taylor, named the bowl game Most Valuable Player, completed 19-of-25 passes for 306 yards and two touchdowns. Taylor connected on touchdown passes to Da’Jon Thomas and Sam Marshall. Thomas was named Offensive Player of the Game with four receptions for 77 yards, including a game sealing 57-yard touchdown reception in the 4th quarter.

None of the impressive offensive numbers were possible without Quintin Robinson, Randy Herrera, Daniel Longre, Raymond Gutierrez, and Gage Arnold.

Defensively, Braden Robinson was disruptive all game and named Defensive Player of the Game. Jamison Price recorded 8 total tackles and Cole Eichele recorded an interception. Robinson led the Golden Eagles in total tackles on the season with 79. TJ Price led the team in sacks with 6 and tackles for loss with 14.5 for the season. Eichele and Cliffonte McDowell led Feather River College with 3 interceptions a piece on the season. Camren Foster led the team in pass breakups with 7.