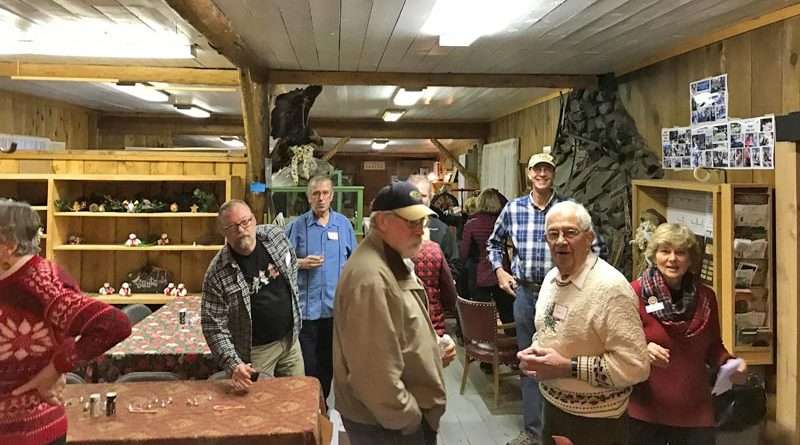 The Plumas Eureka State Park Association (PESPA) gave park staff and volunteers thanks and holiday wishes Dec. 12 at the historic museum, aka park headquarters, during the annual holiday open house. Attendees were greeted by a lovely fire and holiday decorations at the event.

Ranger Tim Quandt announced the Docent of the Year recognition award and a new acknowledgment of Ambassador of the Year for this state park. These two awards recognize volunteers who have extended themselves this past season above and beyond, to assist PESPA with interpretive and educational programs at the park.

First-year volunteer Howard Lee was awarded a citation by Quandt for Docent of the Year for learning blacksmithing, and aiding staff and volunteers at a moments notice all season long. He was noted for setting up and taking down venues, lifting merchandise into the store and running the recycling program, raking the yard and assisting park staff wherever needed. Lee is a new resident to this area and found his calling — giving back to this community and visitors by volunteering at the state park in 2019.

Ron Seckler — campground host in May-June at the Upper Jamison Creek Campground — was awarded the prestigious PESPA Ambassador of the Year. Seckler spent most of his time this season working and assisting clearing and cleaning campsites for incoming campers in spring. Seckler also joined in greeting folks to safely park and attend during last winter’s Longboard World Championship races.

PESPA volunteers have contributed 3,000-plus volunteer hours for the fourth straight year. This success story of community volunteerism shows the importance these programs provide to visitors at the park.

The year-end open house highlighted individuals who excelled by giving time and expertise to illustrate the park’s assets and history. This open house also kicked off the Winter Cross-Country Trail program. Visit www.plumas-eureka.org for trail conditions or call 249-4288 for more information.

To conclude the evening, Nancy Degger announced that Common Good had awarded PESPA a $1,500 grant in support of this community program to defray the expenses to keep the trail system operating smoothly. The PESPA winter program uses no state funds and is underwritten by PESPA and user donations exclusively.

Upcoming dates for PESPA’s 2020 calendar include Gold Discovery Days on July 18-19, and Dinner at the Park on Thursday, Aug. 20. The entire calendar is posted on the group’s web site. 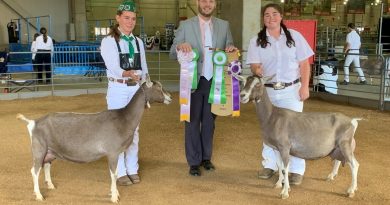 Avian flu detected in one bird in Plumas County; risk to public explained

A Pottstown, Pennsylvania murder suspect was arrested Tuesday in Susanville. According to a statement from the Susanville Police Department, the…