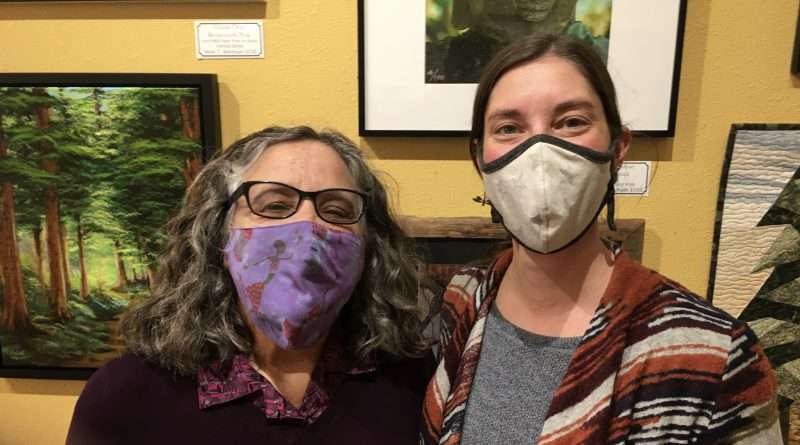 The Plumas Arts Board of Directors is pleased to announce the hiring of Kara Rockett-Arsenault as its new Executive Director. While Kara is new to this position, she has been a familiar face around Plumas Arts since 2009 when she began her service to Plumas Arts as a next generation board member where, over several years, she held positions as fiscal officer and board president.

With her hands-on knowledge of the organization, she made several successful grant applications to the California Arts Council within which she took on contracted positions to work with staff to redesign the website and manage the Plumas Artisan Made and People of Plumas grant projects.

Kara was responsible for bringing the Wild & Scenic Film Festival (now in its 14th year) to the Town Hall Theatre. Since 2012, she has also coordinated other primary fundraising events: Taste of Plumas and Mountain Harvest Beer Festival. While working these positions for Plumas Arts she also created and managed the Barn Owl Bookstore in Quincy, which has now moved online.

Kara has made great strides forward for Plumas Arts during the COVID 19 pandemic by transitioning the programs that can to online formats. She began by hosting the astonishingly successful virtual Wild & Scenic Film Festival with its online auction. The Artists in the Schools program will launch in an online format in the coming year. In November and December, Plumas Arts hosted Words & Music featured artists from the gallery streaming on Plumas Arts Facebook and YouTube channels.

The holiday season was made joyful with Hometown for the Holidays. This extraordinary team effort by musicians, technicians, donors and coordinators was a gift to hundreds from places near and far letting us feel like we were together in this most curious of holiday seasons. Plumas Arts invites you to enjoy Hometown for the Holidays again or for the first time for free on this link… https://www.plumasarts.org/hometown-for-the-holidays.html

Roxanne Valladao, who has served as the Executive Director for Plumas Arts since 1986, is working with Kara over the next few months as she transitions into the position. “Kara knows so much already and is taking on new responsibilities quickly and well. She has the spirit and the skills to keep Plumas Arts important to future generations. I could not be happier with the process.”

Roxanne will remain with Plumas Arts working with Kara as she is needed. She will also be working in the Upstairs Frame Shop and managing the Town Hall Theatre once it is allowed to reopen.