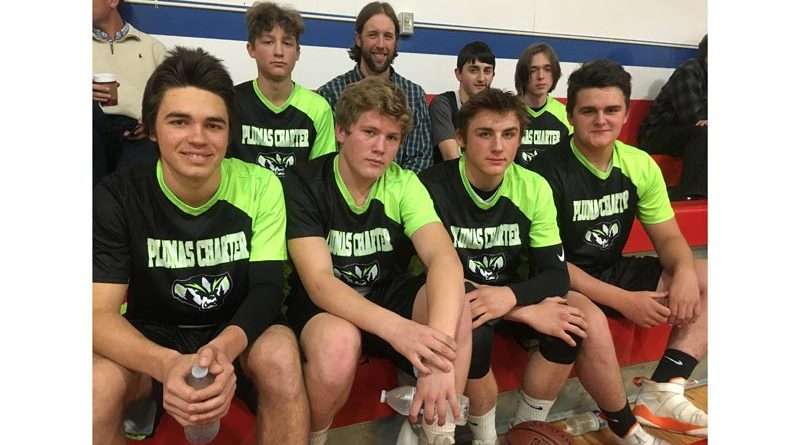 The Badgers launched their second season at the annual Quincy High School Tip Off basketball tournament. The Plumas Charter team made its debut on the same court last year as the first boys’ athletic competition team in the Plumas Charter School’s history.

The boys have gained some confidence since they first appeared and showed it when they challenged the Portola Tigers in the first Badger game of the season. The match started off close. The Tigers may not have known what to expect from the Badgers after a full year of seasoning, but in the end the experience of the Portola boys won out as the Tigers came out on top of the Badgers, 73-35.

The second day of the games, PCS took on host team Quincy and were matched up against the Etna Lions the final day of the tournament. Final scores for the games were not yet reported.

The local tournament is a great advantage for the Badgers, because for balance of the season, the PCS boys will be traveling to their opponents’ court.

The boys head up to higher elevation to be hosted in Downieville on Tuesday, Dec. 11, and then are scheduled to play down the hill with Paradise Adventist Academy Thursday, Dec. 13. Their game against Paradise last year was the closest match the Badgers had, 40-35. Justin Cooke has stepped up to coach the Badgers for the 2018-2019 season. Go Badgers!