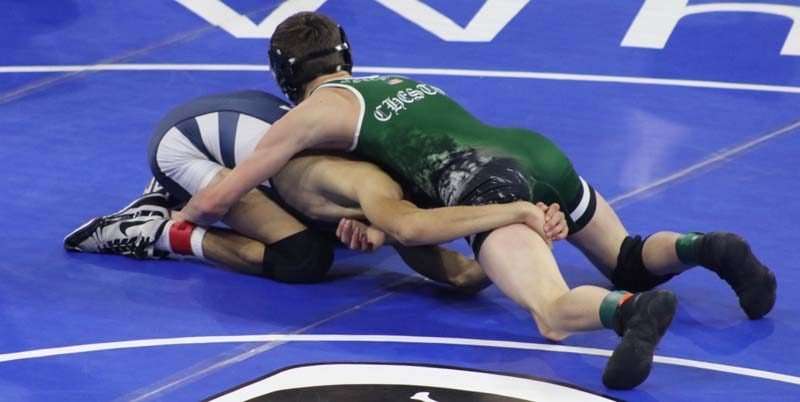 Plumas County was represented at the state boys wrestling championships in Bakersfield on March 3 and 4 by three boys: Michael Fowler from Quincy, competing in the 222 lb. weight class; and Tony Rogers, also competing at 222 lbs. and Callum Kremer competing at 113 lbs., from Chester.

“Kremer and Fowler both wrestled in two matches Friday and were eliminated in consolation round 2,” said Quincy traveling photographer Janese Jensen.

Rogers got the furthest of the three Plumas County wrestlers winning three matches and losing two.

The blood round, or elimination round, is the deciding match between those who will place and those who will not. The winner is assured at least a third-place ranking.

When asked if he had any comments regarding the state championship match, coach Rogers simply said, “We’ll be back.”