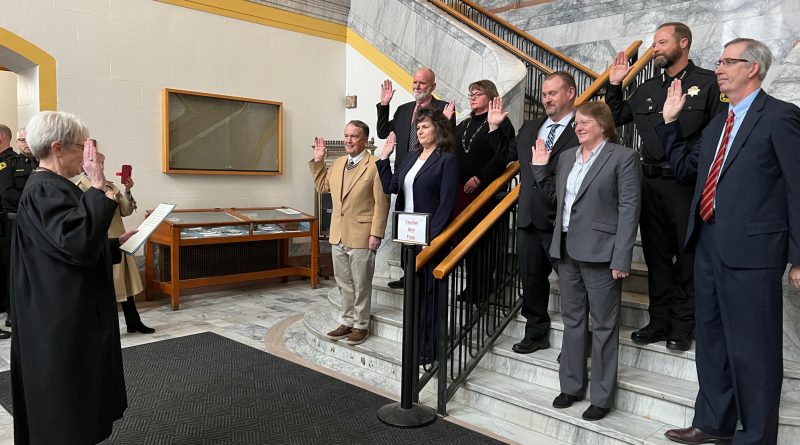 Plumas County elected officials took their oath of office Tuesday morning, Jan. 3, on the steps in the courthouse foyer. Superior Court Judge Janet Hilde led the officials in reciting the oath. Friends and family gathered to watch the proceedings, which included some taking the oath for the first time including District 3 Supervisor Tom McGowan. He will attend his first meeting as a supervisor this morning at 10 a.m. when the board meets for the first time in 2023.