The Portola Concerts in the Park are set to return starting Friday, July 8 at 7 p.m., with the first of seven concerts to be the popular Margret’s Funk Band, playing Motown, old favorites and considered ‘great to dance to’ as well. “They were one of our favorites and actually got to perform last year, and didn’t get cancelled from smoke, threat of fire, or Covid,” said organizers.

On July 15, local favorite Jack Danny will be serving up some folk and rock and roll. “From garage band drummer to touring band, Dan has perfected his solo act as a multitalented musician and song writer,” organizers said. July 22 will bring Blue Haven with a repertoire sure to please all blues and blues-rock fans.

Next is Fair Week and all are encouraged to enjoy the one and only Plumas-Sierra County Fair.

The concert on August 12 will bring another new sound, Whitewater. This Reno band has a popular following throughout Western Nevada and the Tahoe area. They are excited to extend their audience into the Lost Sierra by joining Portola at the park.

Sierra Roc will take the stage on August 19, another band that has entertained around Western Nevada that will, hopefully get some folks out of their lawn chairs and onto the dance floor. Their primary sound is old rock and roll, but they do take requests.

August 26 will return to a crowd pleaser, ‘Fiesta de Portola!’ “Due to a plethora of circumstances beyond our control, we haven’t had a fiesta in our lineup for several years, where the dancing picks up, kids’ games and pinatas take the spotlight, and Latin rhythms from salsa to modern get everyone’s feet moving.  Drinking With Clowns has been delighting clubs and Reno’s Riverwalk for several years now and will be here with us to spread the joy,” organizers added.

Yumz food truck will be serving up fresh food at the park during each concert, and all are invited to bring their picnic, libations and a lawn chair or blanket.

This summer series is proudly presented by The City of Portola with Pete Rhode, PA & Sound providing sound.

The concerts are held at the Portola City Park at 441 S. Gulling Street and are free to the public. 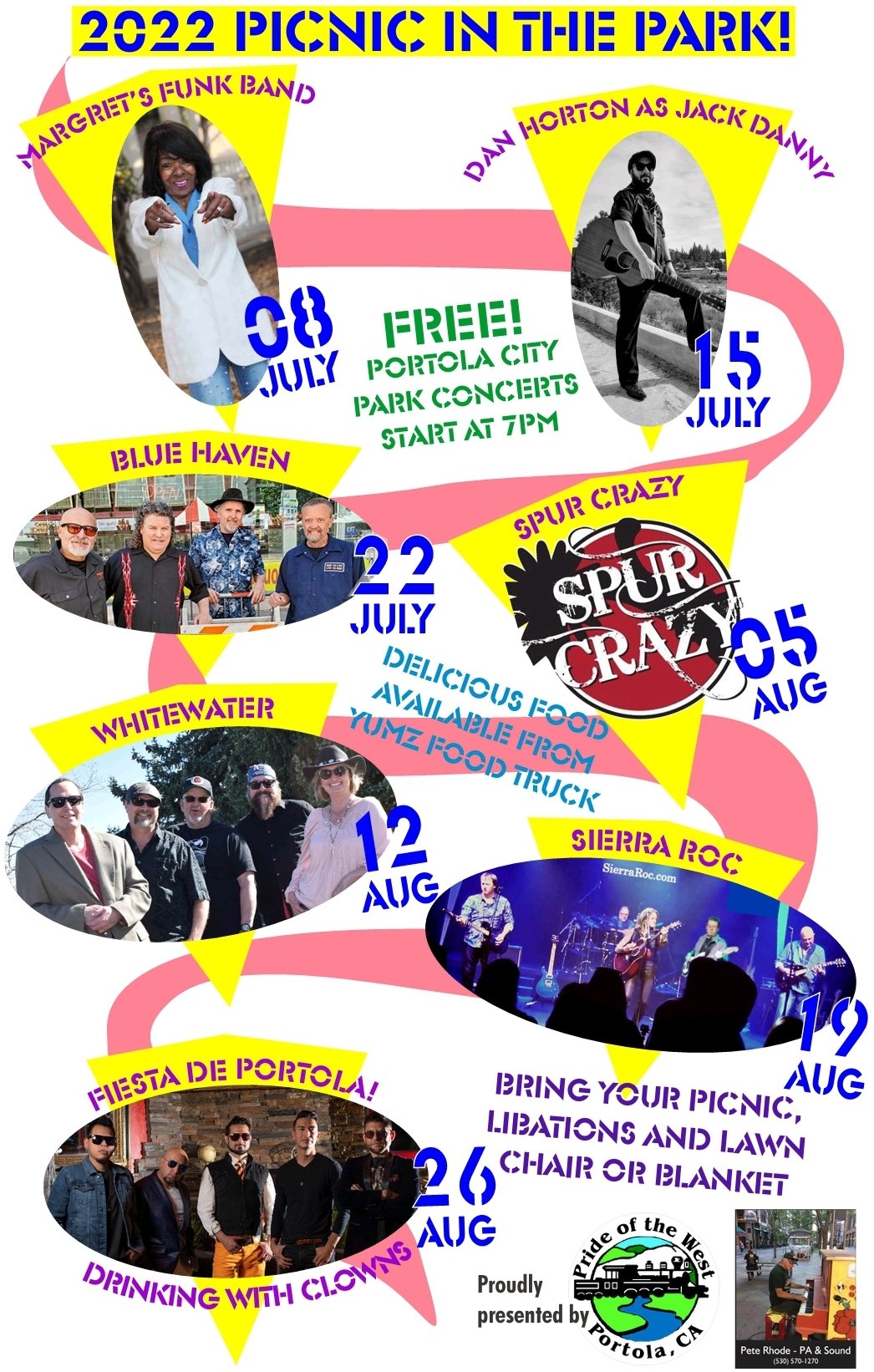