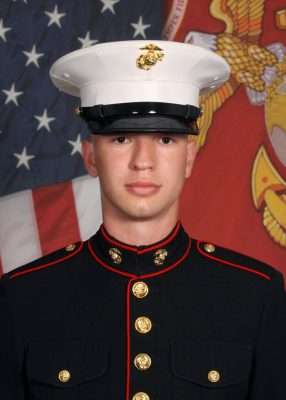 PFC Turner successfully completed 18 weeks of intensive basic training at the San Diego camp. He was one of 56 recruits in training platoon 3235. While in training, PFC Turner earned the highest status as an expert shooter.

After graduation he reported directly to Camp Pendleton in San Diego county, one of the largest Marine Corps bases in the United States, for a month of military combat training. Following that PFC Turner will report to the military’s Occupation Specialty School after which he will be assigned a permanent duty station.