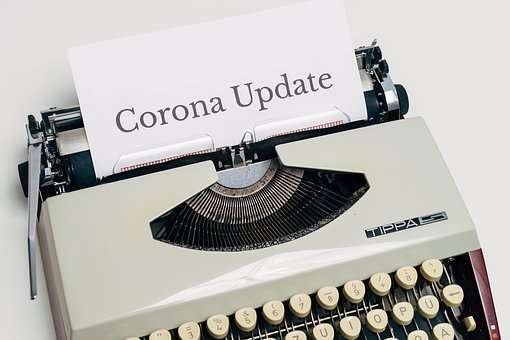 Public Health Director Andrew Woodruff gave his last scheduled update to the Plumas County Board of Supervisors on March 16, using the time to talk about the past year as well as the future of the vaccine.

“It makes sense to look back a little bit and recognize what we have been through as a community,” Woodruff said. His last day on the job is April 2; he will be starting a new position April 12.

Woodruff reminisced that just “a year ago we started talking about this weird disease from Wuhan China,” before recapping some of the life-altering moments from the past year including stay-at-home orders and the public’s reaction to them.

“Plumas County residents helped each other,” Woodruff said. “They organized food drives; they went grocery shopping for one another.”

He mentioned school closures and the lack of socialization. “We struggled through graduations and making them as meaningful as we could,” he said.

He also noted the fact that many residents know people who became sick, dealt with lingering side effects, or even died.

Woodruff referenced the outbreaks in the county jail as well as those at a skilled nursing facility. At one point the county was logging as many as 20 new cases a day, he said, and then the vaccine arrived.

As of Monday evening, March 15, 34 percent of Plumas County residents have received at least one dose of the vaccine. Woodruff said that “nearly all of our 75-plus residents” have been vaccinated and 56 percent of the 65-74 age group.

He mentioned that the county was piloting the state’s MyTurn system with a small group that morning. The goal of Tuesday’s clinic was to establish flow and process, since Saturday a large clinic is scheduled at the fairgrounds with 800 vaccines to be administered. “We will be using the system on that day as well,” he said. Woodruff urged the community to be patient as the county becomes familiar with the new state system.

Looking forward, next week the county plans to administer 908 second doses, with hopes to add some first doses as well.

District Attorney David Hollister took time to praise Woodruff’s work. He said that in his position or that of the sheriff, they know that most days they will offend someone but, “positions like Andrew’s – it isn’t supposed to happen.” Hollister said that despite being in the middle of the maelstrom, “every day he performed with grace” and that helped the county get through the past year. He said it’s a fact that “not all superheroes wear capes” before presenting Woodruff with a superhero pen from his office.

Plumas County Public Health Officer Dr. Mark Satterfield also commended Woodruff, describing it as “a pleasure and honor” to work with him.

Then Satterfield reminded Plumas County residents to remain diligent and continue using precautions to prevent the spread of the virus. “A little bit of patience for the next month or two and we should be sitting pretty,” he said.