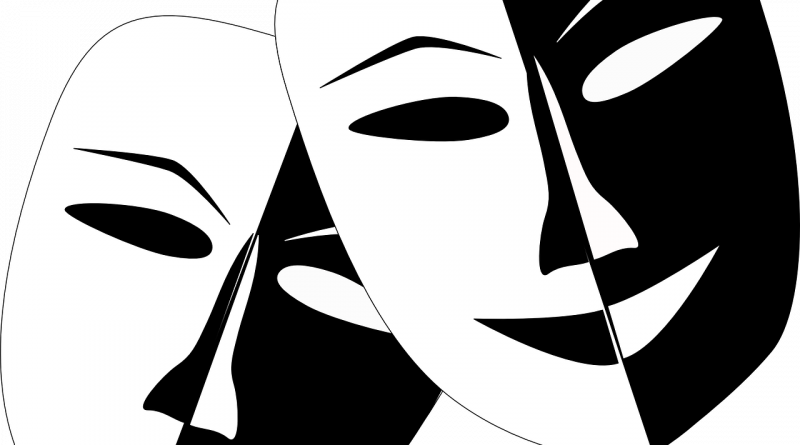 Mike Miller, also known as Chef Mike, has been inspired to continue work on a project that Tristan McMichael began as his Quincy High School senior project back in 2019-20. The young musician McMichael had a vision of creating an outdoor theater in Quincy. Miller’s plan to put the financial fire back into the project draws on a fun-raiser he has seen succeed elsewhere.

Chef Mike’s spin on the tradition of handing the “key to the city” to an Honorary Major on Groundhog Day will double to bankroll the Outdoor Theater. The idea is to buy elections! That’s right, people wishing to support the Outdoor Theater in Dame Shirley Plaza would have fundraisers for their campaigns.

Groups might elect to sponsor a single representative, where as another group might inspire half a dozen members to battle in a runoff for the honor. Every dollar raised for an Honorary Mayoral candidate will count as a vote. Like many political campaigns, events could go from extremely simple to widely complex, small dollar grassroots to wildly expensive. The difference is that all the funds raised would go to support the creation of the outdoor venue. Citizens would not likely see $5,000 a plate dinners cooked by Emeril Lagasse (Bam!) or $10,000 concert tickets for Barbra Streisand, but there is no proposed limit to how much any one person can contribute.

“So may anyone throw their name in the arena for Honorary Mayor?” Miller was asked. “Sure,” said Miller. “Anyone can buy this election if they so choose. The idea is to raise funds to build an outdoor theater for Quincy and it would be an extra bonus if the community has a good time doing it.”

The original effort introduced by McMichael to build an outdoor theater in Quincy began with a spaghetti dinner that raised over $4,000. Activity slowed with the COVID pandemic and then the Dixie Fire contributed to more delays. However, McMichael still sees the project as a reality and has vowed to continue working on it until completion. Crucial work has been done and some key steps have already been completed. Architectural plans have been prepared by Ken Roper and the county supervisors approved preliminary visions and voted unanimously to support the project entering the permitting phase. Funds raised by the Honorary Mayor campaigns will assist with building permits and construction. The Quincy Outdoor Theater Project funds raised previously are being kept under the umbrella of Plumas Performing Arts, a 501 (c)3 nonprofit, and all donations and accounting are being handled according to government regulations. Plumas Arts will be the “pollsters” with the capability to provide accounting every two weeks of money raised (which equals votes). The goal is to raise $10,000.

“Chef” Mike Miller will act as chairman of the project and sees his role as promoter, encouraging businesses, service clubs, fraternal organizations, schools, churches, and individuals to participate. All candidates, committees, sponsors and individuals will be encouraged to raise funds through dinners, raffles, dances, concerts, bake sales, individual cash donations, and athletic competitions. “Any and all legal ideas will be accepted,” said Miller.

The timeline is from now until the announcement of the Honorary Mayor at the Groundhog Fever Festival when the final election results will be released, dramatically, on stage. Donations will be received through midnight Wednesday, Feb. 1, 2023. “Campaign checks” may be made out to Plumas Performing Arts with the memo of Quincy Outdoor Theater Project and the candidate’s name. Plumas Performing Arts Treasurer, Cathie Lundergard, will manage the fund. Deposit slips will be provided to candidates with information about 501(c)3 requirements.

McMichael plans to keep his fingers on the pulse point of the project serving the effort with the highly visible task of posting updates and totals on social media. For additional information, to make a donation, or announce your candidacy, contact Chef Mike Miller, (916) 595-2433, or Plumas Performing Arts at plumasperformingarts.org.

$25 application fee made out to Plumas Performing Arts

Each proposed candidate, sponsoring group, representative will be responsible for filling out Plumas Performing Arts Deposit Forms and arranging pick up of funds with Mike Miller: 916-595-2433. A receipt will be provided at pick up.

Plumas Performing Arts deposit slips will be used and funds will be deposited at Plumas Bank at 331 Main St. in Quincy, CA.

All proceeds will benefit the planning, construction, and completion of the Quincy Outdoor Theater Project.

I acknowledge I have read and understood the rules and requirements of the Quincy Honorary Mayor contest.