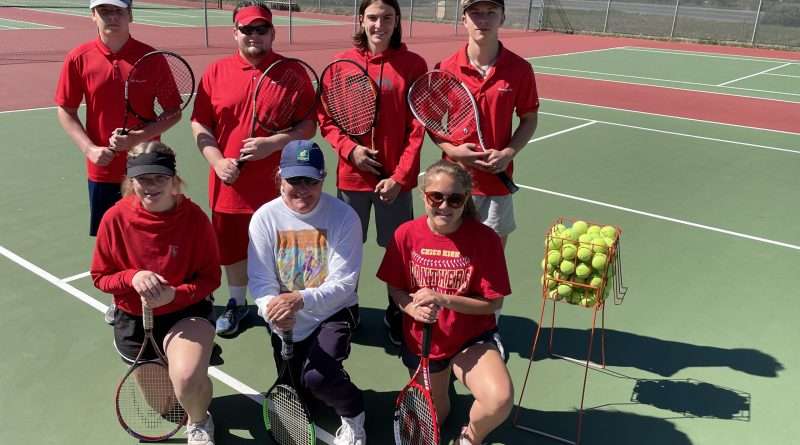 The Quincy High School tennis team has been warming up for a series of matches with Downieville and Paradise for the 2021 season. The first two matches versus each are in Quincy at the end of April. Then the team travels to Paradise on Cinco de Mayo, and finishes the series May 10 with Downieville in Quincy.
The weather has totally cooperated for afternoon practices with hardly a drop of rain falling on the courts. Head coach Sara Gallagher is new to the Quincy coaching staff, but brings an abundance of experience in the game and has been seen on local courts since her move to the area a few years ago.
“I love the game and it is an honor and a pleasure to work with these young athletes at QHS,” said coach Gallagher. There are plans in the work for a community tournament to be announced at a later date.