A Red Flag Warning is in effect today, Monday, Sept. 27 as the Dixie Fire remains at 963,276 acres and 94 percent containment.

In the East Zone, fire activity increased throughout the day yesterday, though not as much as expected given weather conditions. The Initial Attack Group responded to reburns in a few areas within the fire footprint and helicopters conducted bucket work in Genessee Valley.

A new fire caused by a spark from equipment crossed the line in Division WW/XX (see map below), but was contained late last night. Crews continued mop up at hotspots such as Grizzly Ridge where they also removed hazard trees and rehabilitated dozer and hand lines.

They also use chippers to break down debris created during fire suppression operations where trees were cut to make a firebreak. This chipped material is often spread over firelines during suppression repair.

In the West Zone, the Dixie Fire was less active than expected yesterday. Firefighters continued to patrol and conduct suppression repair work around all areas of the west zone of the fire perimeter. Reburn from needle cast in the interior of the fire has been occurring in recent days resulting in more smoke production. Ground crews with air support continued working to extinguish hot spots and any increases in fire activity.

Containment lines were reinforced in the northeast portion of the fire as crews were positioned to quickly respond to increases in fire activity or any new fires. Swing shift resources staggered their start with the day shift and remained on the line late into the night, providing additional firefighting capacity to monitor the fire behavior in the Pine Creek Valley area.

A red flag warning is in effect to 11 p.m.tonight due to forecasted high winds and low humidity. Once again, firefighters will work to keep fire inside containment lines by mitigating hazard trees and cooling hotspots along Grizzly Ridge and other areas where embers have potential to carry fire outside the line. Suppression repair along the Pacific Crest Trail to the east and in other areas will continue. Crews will use a grader to finish the road project. 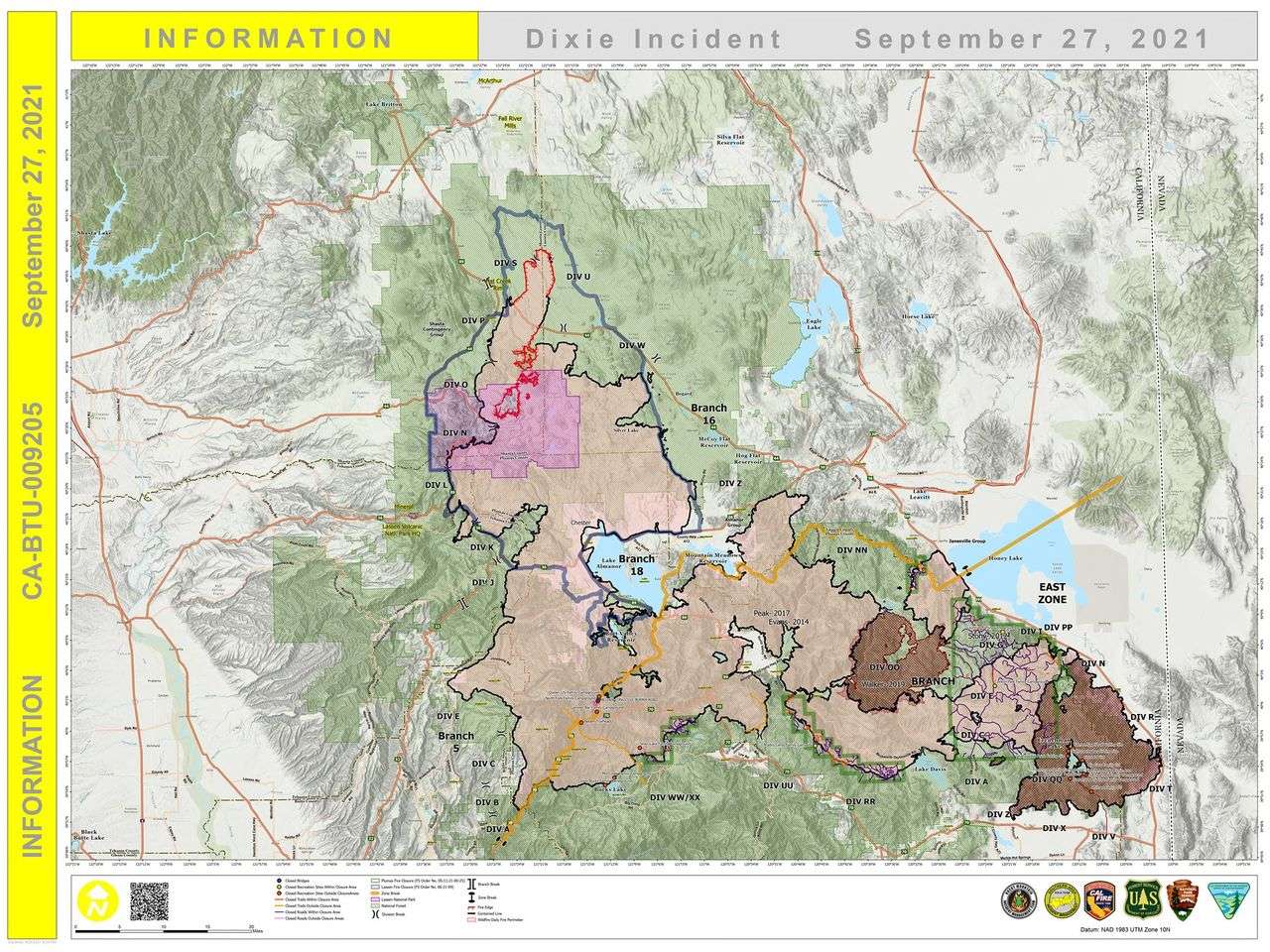