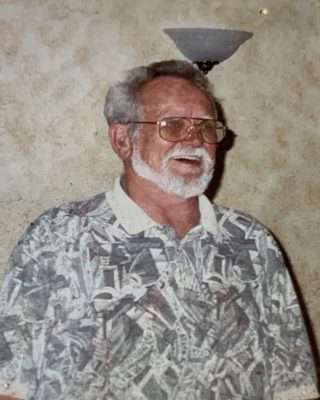 Robert Courtland “Court” Bennett passed from this life peacefully, at home, with his family, on April 21, 2020. He was born August 8, 1936 in Detroit Lakes, Minnesota. His parents relocated Court, his brother Bill, and his sister Betty to San Pedro, California, in 1943. Although early on he had jobs in a service station and as a commercial fisherman, Court spent nearly his entire work life as an administrative officer with the Forest Service. He was stationed first in Susanville — where he met his wife Susie and their daughter Jenny was born, then Redding — where his daughter Amy was born, then Willows, and finally in Quincy — where his daughter Julie came into their lives and he spent most of his career. But if you asked Court, he’d say: “I always wanted to be a pirate.” Court had the adventurous spirit of a pirate, but he was too good-natured and committed to those he loved for that kind of life.

He is survived by his wife Susie, his daughters Amy and Julie, his grandsons Courtland Hawk Lombardi and Jakob Carver, and his sons-in-law Nathan Leverenz and Will Lombardi. He was predeceased by his daughter Jenny by 5 months. The last time they were together, Court and Jenny promised they’d see each other again soon. He is dearly loved by us all and his memory will not be lost.

Court brought joy to family, friends, and strangers: he was inquisitive and generous, open-minded, and profoundly interested in living life well and kindly. He fell into conversation with all kinds of people easily and with grace. His grandson Hawk recently said that he remembers Court as “a jack of all trades and having so many different hobbies and interests.  It seemed like he knew about everything, and if he didn’t he would learn how to do it.” His nephew Bill put it this way: “my uncle was one of the most fun, supportive, ‘give you the shirt off his back,’ accepting, intelligent, honest, caring, pragmatic, and hospitable people you could be blessed to know.” Court was the “best uncle ever,” and his kids remember him as a patient, reasonable problem-solver — which you’d have to be raising three daughters! Every last day, right up to the end, he was fun and full of life.

In retirement Court volunteered to help create a forest plan in Costa Rica, planned to do the same in Belarus if the political climate had not gotten in the way of that trip, worked with the Navajo in Arizona, wrote “Travels with Rex,” a “dog’s eye view” of current events in Plumas County for the Feather River Bulletin, and volunteered for the High Sierra Music Festival. Although he had conservative leanings, he was a bit of a rebel, a dreamer, and a friend to the outsider. He wanted to make things better for those around him, including his community. He really never got mad or depressed but chose his battles wisely and let go of what wasn’t important.  If we could all be that wise during difficult times. Court suffered a major stroke in 2004, which took away his ability to speak. Everyone knows that good conversation was Court’s favorite thing, and yet through his struggles he taught us resilience and how to live a full life even in the worst of situations.  He was still glad to be alive even without being able to talk.

His persistence to keep moving and find joy in his life was admirable. Court would tell you: “There’s always a little truth in everything I say.” He wasn’t afraid to make up the rest. And he made it sound really, really good to all of us who listened.