Bob was born November 8, 1930 in Oakland, CA, to Robert Joseph Fitzsimmons and Mae Jewell (Lent) Fitzsimmons. He died in Sacramento on November 15, 2021, a week after his 91st birthday. Bob met his beautiful wife Margaret “Marty” (Nelms) in Quincy and they were married nearly 61 years at the time of her death in 2015. He was also preceded in death by his dad in 1968 and his mom in 1982 and his brother James Gordon Fitzsimmons in 2009. 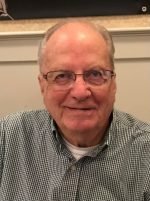 Bob moved to Sacramento after Marty died, but Quincy was his home and forever in his heart. He missed his friends, the town and the mountains deeply. But, he often said how lucky he was that he was so near to his family and how wonderful it was that he was able to get to know his great-grandchildren so well. He was an easy-going person with a great sense of humor and he was a kind human being.

Bob lived in Oakland, but spent the summers of his youth at Bucks Lake. Bob graduated from Fremont High School in Oakland. He attended Lassen College and College of the Pacific. He served in the US Army in Army Intelligence during the Korean War. Bob was an Eagle Scout and extremely proud that both of his grandsons also achieved the rank of Eagle Scout.

Bob worked for Sierra Pacific Industries at the mill in Quincy for 37 years. He was a Certified Grader and Master Lumberman. Bob was in the Quincy Volunteer Fire Department for 56 years and was a Fire Commissioner for 38 years. He was a life member of the Quincy Elks Lodge #1884. “Mr. Fitz” was a member of the Eagle Lake Association since 1986 and became a member of E. Clampus Vitas Las Plumas Del Oro in 1998. He was a huge San Francisco 49er fan and loved watching all football games and he especially loved winning the football pools.

Graveside Services will be at East Lawn Cemetery in East Quincy at 1:00 pm on Saturday, May 21st, 2022. A Celebration of Life will be immediately afterward at Quincy Elks Lodge, 2004 East Main Street. Refreshments will be served as we reminisce, celebrate and toast Bob.

In lieu of flowers, donations may be made to the Quincy Volunteer Fire Department.