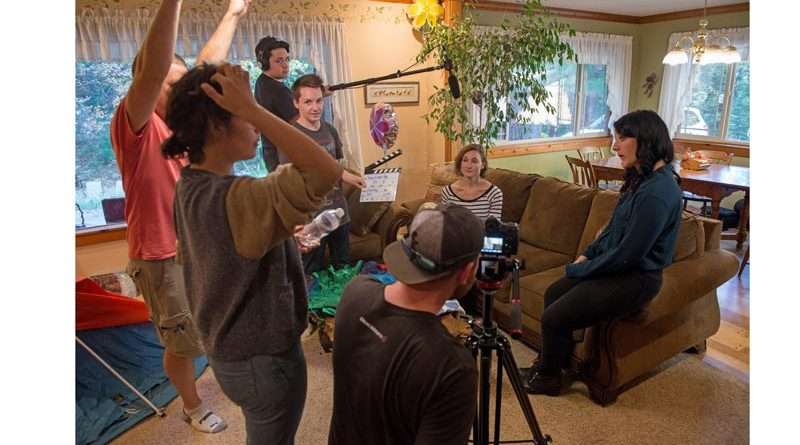 Back in October 2018, a small film crew along with Greenville High School alumna Kerstin Porter, spent a cold, almost winter week filming in and around Indian Valley. The writer, producer, and actor wanted to set her story, known then as Deep Sleeper Spy, in the town she grew up in.

Porter’s parents’ house near Round Valley was the home base for the project and served as much of the set of the web series to be, which is now named “Round Valley: A Small Town Conspiracy” as an ode to where it was filmed. It also has scenes from Genesee Valley, the Hideaway Motel, Greenville High School and other local sites.

In recognition of all the support she and her crew received from the Indian Valley and Quincy communities, Porter, the creator of the comedy, decided to hold the premiere screening in Greenville. 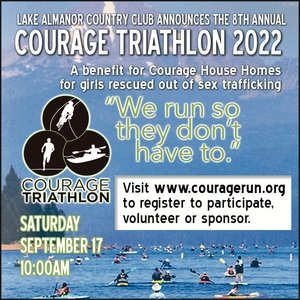 This Saturday, Dec. 28, at 7 p.m., at the Greenville Cy Hall Memorial Museum the web series “Round Valley: A Small Town Conspiracy” will have its debut.

This free event will be a screening of all four episodes and will last a total of half an hour. The screening will be followed by a question and answer session with available cast and crew members, who are prepared to “share the joy and the agony that are part of creating any project of this magnitude, and hope to inspire others to go out and chase their creative dreams,” according to Porter.

“If you have wanted to create something, but felt unsupported, scared or just curious, or you think film making is inaccessible, you’ll want to hear what we have to say,” said Porter. A major producer on the project turned out to be retired principal Kest Porter. He talks about the project with excitement in his eyes.

The Greenville Museum will open its doors at 6:45 p.m. The event has a 54-person capacity, so seating will be first come, first served.

“Are you looking for something fun and different (and a bit silly) to do this weekend? Don’t miss this film! Whether you just want to be entertained, or you are interested in how something like this is created, this will be an hour well spent,” said Kerstin Porter.

The cast, crew, and museum board are said to be looking forward to the event. After the debut the series will be submitted to film festivals for consideration before finally making its way online for all to view.

Feather River College will pay a $1,000 incentive yearly to any permanent employee who holds a valid Federal Wildland Firefighter…

The Plumas County Public Health Agency announced this morning, Aug. 10, that asmall number of reports have come in that…

Caltrans discovers package along 395 – it was a homemade explosive device

A Caltrans road crew working along Highway 395 East near Johnstonville Quality Foods in the Susanville area,  found a suspicious…