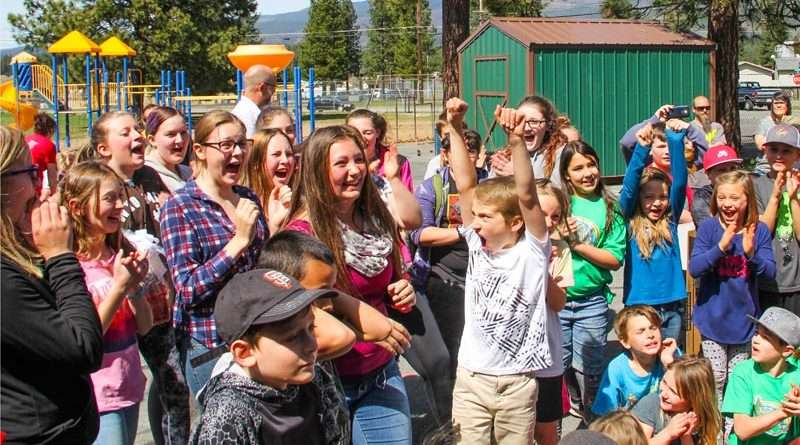 A roar of approval rang out April 13 at Plumas Charter School’s Pioneer campus in Quincy as the winners of the STEAM Fair were announced. The competition explored science, technology, engineering, art and math for PCS students in grades 4-12. Photos by Roni Java
News
May 3, 2018April 27, 2018 Roni Java, Staff Writer

“Very good job! I’m really impressed with all of your entries,” Travis Rubke, fair judge, told the students during the award ceremony. “And for next year, here are tips about what I’ll be looking for — lots of data and multiple trials.”

Rubke was one of three judges who had their work cut out for them at the fair. A retired 30-year Greenville High School science teacher, he was joined by Carey Russell of Indian Falls and Kari O’Reilly who runs the Plumas-Sierra 4H program.

“The best part of judging this fair is watching the students get excited and seeing them share information about their projects with one another,” O’Reilly said, moving from one display to another as the judging was coming to a close.

Entries covered such diverse areas of inquiry as:

Generating wireless electricity with a Tesla Coil; asking if simply changing the color of an image might affect people’s emotional reaction to it (apparently yes, it does); and testing the “3-Second Rule” about germ-safe eating by dropping food on a kitchen floor, an asphalt road and a classroom floor (oh yum).

Other entries tested creative hypotheses about electromagnetism; mold; mildew; the effect of shooting arcs to successfully sink basketballs; how to construct a plasma ball to discharge electricity and someday power electronic devices (don’t we all need that); whether or not seventh-grade boys and girls have different resting pulse rates (girls rated higher); and, of course, a cool baking soda and vinegar volcano, complete with tiny figures who do and don’t escape the eruption flow.

A particularly fascinating query tested to find out how quickly people assume things. (Hint, younger test subjects were much faster to judge innocence or guilt in the test scenario, compared with adults.)

“I went through three of these fairs when I was kid and I loved them!” said a smiling and harried Bob McGill as he made the rounds of approximately 50-plus exhibits at the Pioneer School campus. 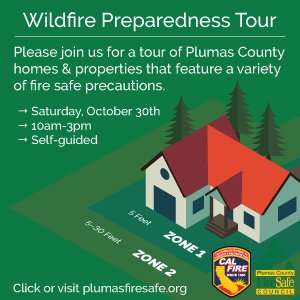 McGill is a volunteer with the Mountain Valley Parents Organization whose children attend the charter program. He put together this year’s STEAM Fair for the fourth- through 12th-graders from PCS’s Quincy site and is already planning next year’s competition, so get those scientific inquiries ready.