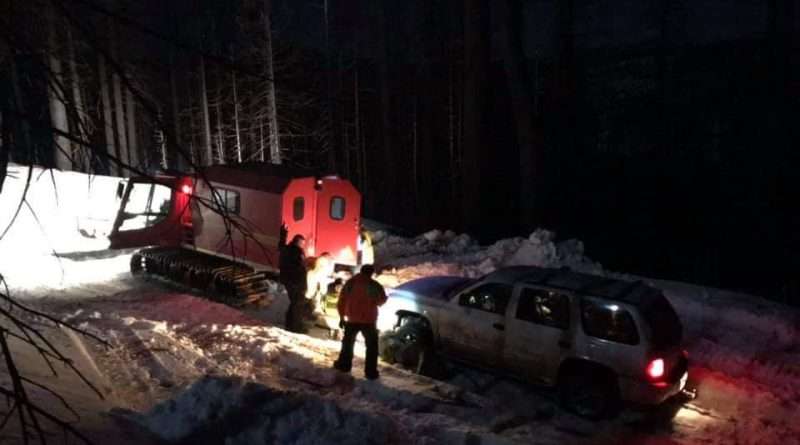 Plumas County Search and Rescue pulled a family of six to safety in the wee hours of the morning March 1.

According to Plumas County Sheriff Todd Johns, the 911-call came into dispatch about 10 p.m. on Sunday, Feb. 28. The family, from Forbestown in Yuba County, was in a Dodge Durango stuck in the snow southwest of Little Grass Valley Reservoir.

The family of two adults and four children under 7, including an infant, had been out four-wheeling since Sunday morning and became stuck at some point during the day. It took a two-hour walk and a climb up a mountain to reach a point where the family’s cell phone worked and they could call for help.

Once Search and Rescue arrived, which involved a seven-hour round trip with a Sno-Cat, the family was pulled to safety at roughly 4 a.m.