Skip to content
News
August 9, 2022August 9, 2022 Editor
The search for 16-year-old Kiely Rodni continues after she disappeared following a party held at a campground near Truckee that began Friday night.
Kiely, who was at the Prosser Family Campground, was last seen around 12:30 a.m. Saturday, according to  the Placer County Sheriff’s Office.
Kiely is white, 5’7″ and about 118 pounds. She has blond hair, hazel eyes and a nose ring. Kiely was last seen wearing a black tank top and Dickies brand pants.
Officials are looking for Kiely’s silver 2013 Honda CRV and say her phone has been out of service since the party.  What began as a missing person’s report is now being treated as a possible abduction.
“We are treating her disappearance as an abduction right now because we have not been able to locate her vehicle,” sheriff’s spokesperson Angela Musallam said.
The Placer County Sheriff’s Office is working with California Highway Patrol, Truckee Police, FBI, and the Nevada County Sheriff’s Office.
Anyone with information should call 530-886-5375. 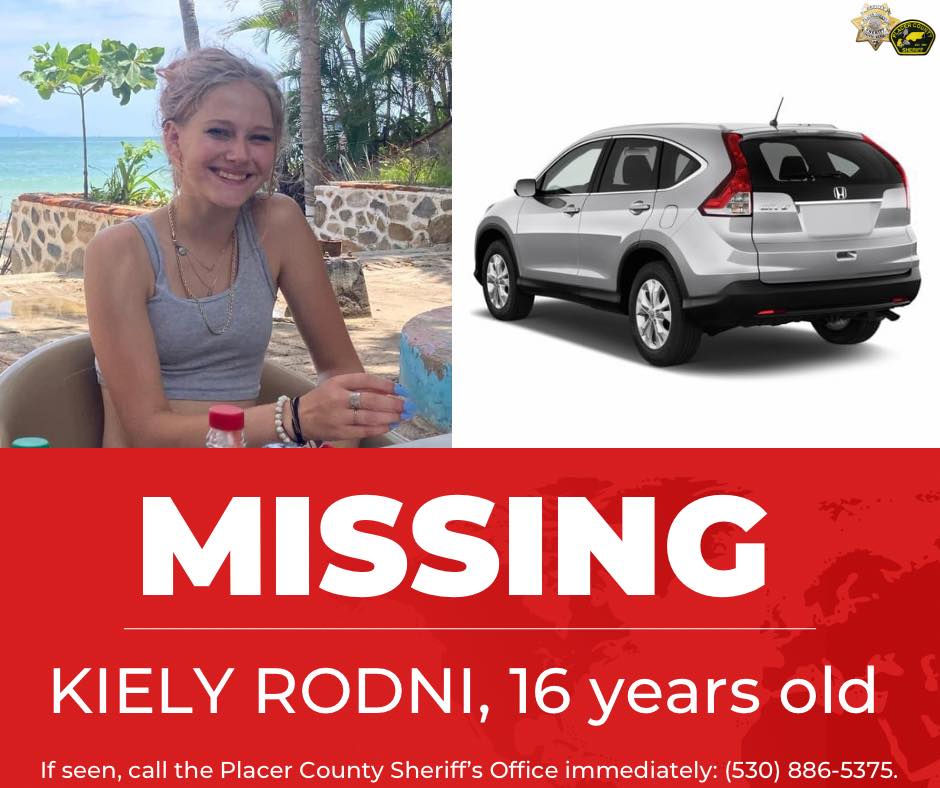