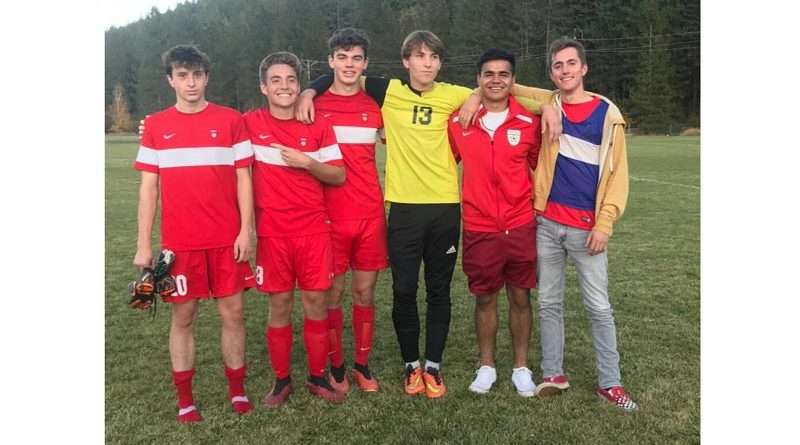 The Quincy High School boys soccer team honored its seniors during a home game against Loyalton on Thursday, Oct. 17. From left: Tommy Thomas, Sean Manlee, William Ross, Cameron Dingel, Luis Santos and Sam Lawson. According to a parent, most of the boys have been playing together since they were 5 years old. Thomas and Lawson started out playing for Portola (AYSO in elementary school) but both became players for Quincy when they started junior high. Photo by Suzi Brakken