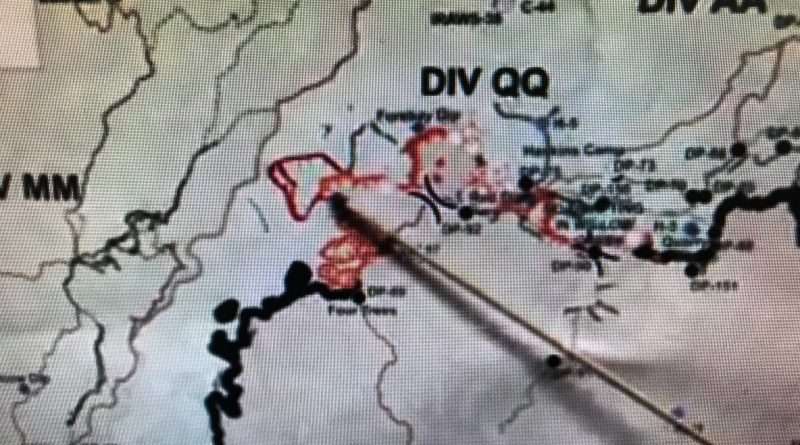 This area near the Highway 70 corridor in the Feather River Canyon is the top priority on the North Complex Fire.
News
September 29, 2020September 30, 2020 Editor

8:25 p.m. UPDATE: According to this evening’s update, resources remain focused on the growing uncontained fireline located near Grizzly Dome Tunnel in the Feather River Canyon. As of 7 p.m. the fire’s edge had reached Highway 70 along an approximately half-mile section, but had not spotted across it.

The fire did not cross Highway 70 thanks to a heavy use of aircraft, aided by more favorable flying conditions, and shifting resources from elsewhere along the fire to support efforts along the highway. Tonight, crews will have a heavy presence along Highway 70 monitoring for spot fires and containing any if found.

Publicly available fire mapping imagery from earlier today appeared to show spot fires north of Highway 70. The fire did not cross as of 7 p.m. These heat signatures can be spatially inaccurate because they are taken by a satellite and the way they are mapped. More information can be found at: https://earthdata.nasa.gov/faq/firm

The remainder of the fire’s containment lines held, with crews working to mop up occasional hot spots.

Weather conditions are trending warmer and remaining very dry. Winds are expected to be the typical pattern of downslope/down valley at night, shifting to upslope/upvalley during the heat of the day.

Original Story: The Red Flag warning that had been in place for the past few days has expired and perhaps that will help firefighters on the North Complex, particularly around the stubborn areas on the north and south zones that still have people evacuated from the Canyon, Bucks Lake and La Porte.

Overnight, containment slipped on the fire from 78 to 76 percent. The Forest Service explained that’s a result of the growth in the Highway 70 corridor, not because the fire has jumped containment lines. And that corridor remains the primary concern at this time. Started as a spot fire late on Sunday afternoon and fueled by strong winds, the fire became well established initially in French Hotel Creek, but now is in Grizzly Creek, where it has grown to within several hundred yards of Highway 70 near Grizzly Dome Tunnel.

Plumas County residents from the Butte/Plumas County line to Tobin in the Feather River Canyon remain under mandatory evacuation, and Highway 70 westbound is closed to thru traffic at the Greenville Wye and eastbound traffic stopped at Cherokee Road as firefighters struggled to keep the North Complex Fire from growing with the winds and low humidity. Butte County residents in Pulga, Concow, Big Bend and Yankee Hill are also under mandatory evacs, with warnings in place for Magalia and parts of Paradise.

Firefighters will be aided today by calmer winds that have died down overnight and are expected to be 10-15 mph in the typical pattern of downslope/down valley at night, shifting to upslope/upvalley during the heat of the day. These conditions will allow for greater use of helicopters and other aircraft to fight the fire.

The fire is 76 percent contained as of this morning, with 308,995 acres burned. The damaged and destroyed structure count remains at 2,471 (all but one property in the west zone). The death toll remains at 15.